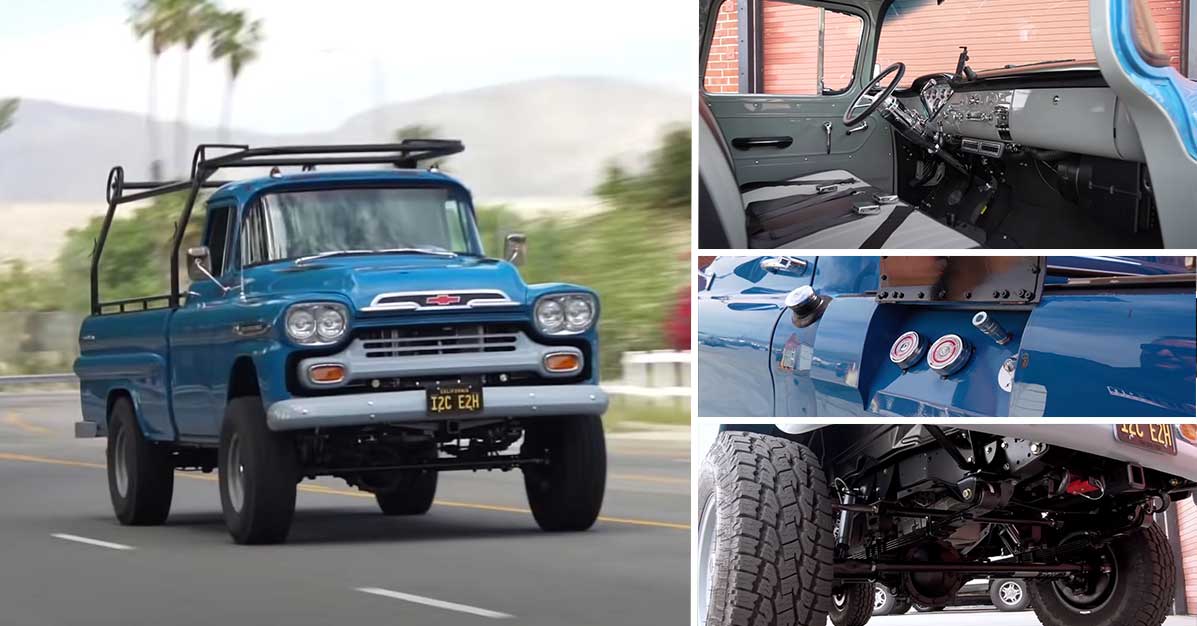 We have seen some sleepy sleepers in our days of covering the racing world, but when it comes to absolutely looking and sounding like a harmless work truck but really having some juice under the throttle, this Chevrolet Apache does an amazing job.

As far as appearances go, this truck doesn’t look like it’s fast in any capacity at all. In fact, even on the inside, this old-school Chevy screams “work truck.” The look is really completed out back with a ladder rack for maximum functionality. That isn’t to say that the truck isn’t cool looking. In fact, this blast from the past is something that would turn heads at just about any car show. We aren’t too sure that many people would expect it to get up and go the way that it does, though!

However, as soon as the driver stomps on the throttle, the truck plants the tries, which also look like the ones that were on the truck when it was bought new, and launches hard. When it’s not under full throttle, though, the truck just moseys that way on down the road, without much drama. From the factory, these things were likely pretty lazy. Punching the throttle probably wouldn’t throw you back in your seat. However, when introducing LS power to the equation, things definitely get mixed up just a little bit.

We wouldn’t say that this is a full-out race truck. However, that 500+ horsepower under the hood is definitely enough to really wake it up and make it fun to drive. In the world of builds that are making insane amounts of horsepower, it can be easy to get desensitized. However, the reality of the matter is that a lot of drivers wouldn’t even know what to do with 500 hp. With that, we think that this old-school pickup makes for an excellent sleeper! robrjfab – Insta