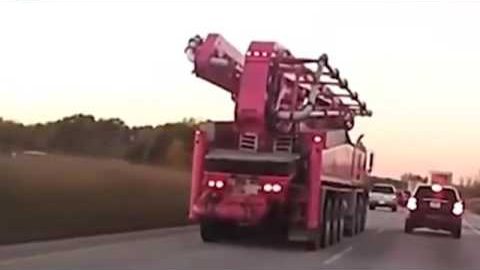 Sometimes, pride can make us do ridiculous things. In this case, a driver’s pride came just a couple of feet from getting them seriously injured or maybe even worse.

When this person was cut off by a massive concrete truck, they felt slighted and weren’t going to stand for it! While a normal person would just drop back in traffic and move on, this doof took matters into their own hands.

Instead of just accepting the situation and moving on, this person decided to roll up in front of the concrete truck and slam on the brakes, causing the big truck to lock all of its tires up and smoke them in a last ditch effort to slow down.

Check out the video below that shows this driver’s massive amount of pride that nearly gets them killed. This, ladies and gentlemen, is what not to do when you’re angry.