No matter if you classify yourself as a car person or not, there’s a very good ...

No matter if you classify yourself as a car person or not, there’s a very good chance that you’ve seen some inkling of the Dodge Demon release flowing through your newsfeed. Right after the car’s debut, all of the Internet basically exploded in talking about the latest production performance monster to roll off of the assembly line from Dodge.

Anyways, now that the dust has settled, we’re able to really get a compact and concise look at exactly what it is that this car has to offer and what Dodge has accomplished so far. This video really takes the liberty of chopping down all of the masses of information into one nice, short video that has the ability to convey everything about the car within just a couple minutes.

Now, leading up to the release of the Demon, you’ve probably heard a lot about what this car could be but what it actually is happens to be a little bit different than some of the misinformation that’s been floating around out there and this is where the rumors stop. You can expect a lot out of the car that claims to be the highest horsepower production v8 ever made that’s able to get its way down the quarter mile quicker than any other production vehicle and now we learn how it’s able to do that and what else the car has accomplished. There have even been murmurs that at full tilt, most drag strips will have to kick you out if the car can live up to the mid-9-second expectations!

So, you’ve heard all kinds of stories about what could have been with this car, now let’s see exactly what actually did become of one of the best marketed vehicles that we personally have ever seen. Do you think that the Demon lives up to all of the expectations and hype that were behind it coming into this release?

800HP GT500 Calls Out Dodge Hellcats to Race on the Street! 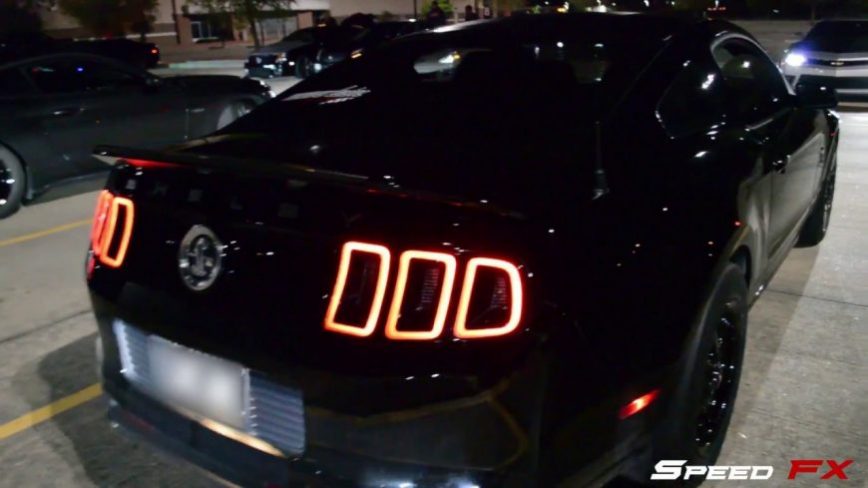