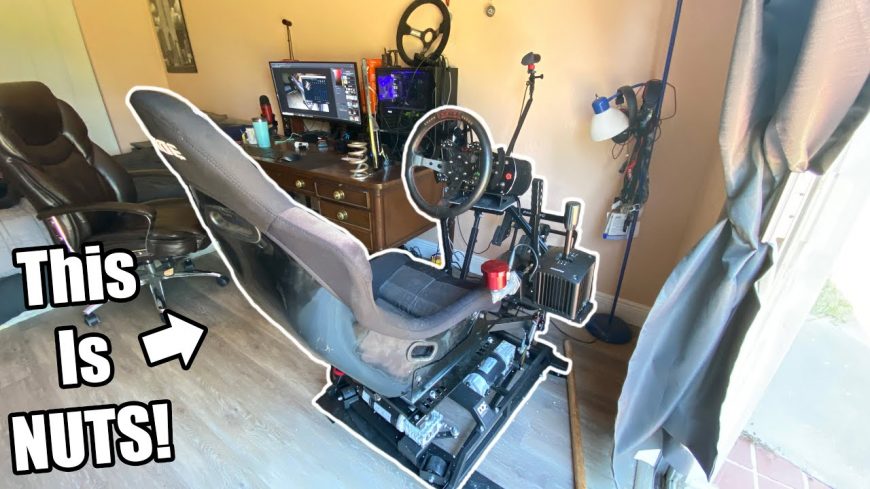 We would be inclined to think that most people who shop for just about anything would like to think that they got a good deal. No matter what it is that we’re buying, there is likely to be some sort of spectrum. On the spectrum, there are two axes that consist of quality and price. Naturally, paying less for something is going to be better. However, how cheap can that something be before it’s simply not worth buying?

This time, we follow those questions observed on the metric of the racing simulator. This isn’t just any simulator, though. Instead, it is a full-motion sim. What that means is that we have not only a driver seat and steering wheel. We also have a hydraulic system connected to the seat that will make the racer feel as if they are moving with the car. Throw in a dose of virtual reality and this might just be as close to the real thing as it possibly gets.

Could all of those aforementioned factors be built into a single contraption that only costs $2000, though? Surely, something like that has to be radically expensive to be any good. Right?

This time, we follow along with YouTube uploader, Taylor Ray, as he dives into a motion sim that cost less than $2,000. Naturally, $2000 is a lot of money to throw around. On the other hand, though, this motion sim was the cheapest that he could find not only on Amazon but also on the Internet.

The simulator is designed to make its user feel things like slinging around curves, losing traction, and even hard braking. At this price point, though, how good could it actually be? As it turns out, it’s much better than its buyer had anticipated. See for yourself as we ride along with the video below.

« New GoPro Roll Cage Mount Made For Whatever You Can Throw At It!