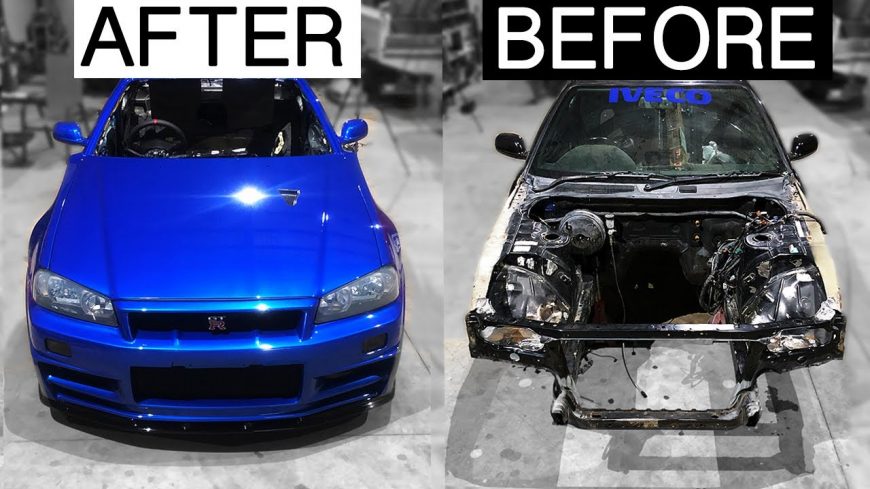 There’s a trend that has been emerging around the Internet that’s quite interesting to watch unfold. It turns out that people from all corners of the automotive world have found usefulness in salvage yards. To the untrained eye, vehicles found in these salvage yards might look like nothing more than junk. Perhaps they’re worth their value and parts. Beyond that, though, there isn’t too much to say.

However, the opposite has turned out to be true. Sometimes, the vehicles found here are pure gold mines. This all hinges on them falling into the right hands, of course.

Instead of being scrapped or just vehicles worthy of being parted out, sometimes, the cars aren’t beat up too bad. While the vehicles are banged up enough to have been totaled, that isn’t to say that they’re not worth fixing. Sometimes, these rides can be had at a reasonable price and fixed up to create value. With a little bit of hard work and resourcefulness, the salvaged automobiles can become whole once again.

Some have been using this model in order to purchase cars and fix them up before selling them. Others might have found their dream car at a fraction of the original price. Obviously, it’s going to take a little bit of creativity and some know-how to bring it back. However, it’s certainly not a journey that we would deem impossible. In fact, it could be a way to slide into your favorite car without the sticker shock.

By following along with the video below, we get an inside look at a car that started off as nothing more than a shell. However, before we know it, we have the spitting image of a perfectly good R34 Nissan Skyline. In order to buy one of these cars outright, it would probably end up being pretty expensive. However, piecing one together might just end up being a fraction of the original cost.