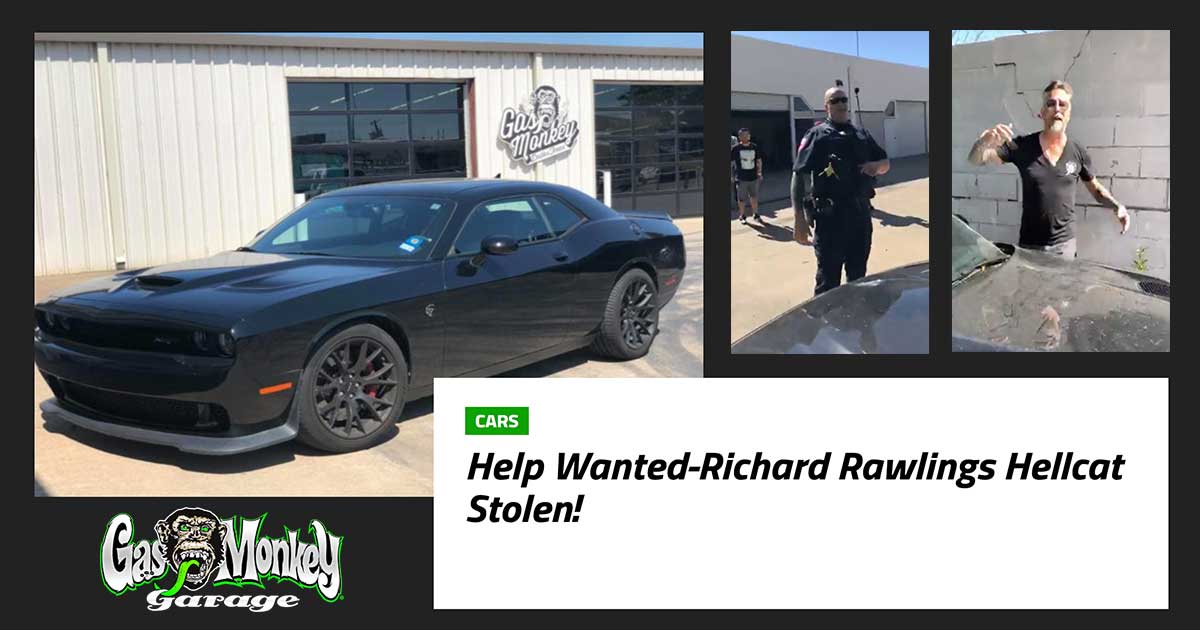 Richard Rawlings, known as the frontman and owner of famed Gas Monkey Garage has had one of his iconic cars stolen. Today it was found today several months after disappearing from the custom shop.

The car in question was the second 2015 Hellcat ever made. We would bet that owning that VIN number gives the car a little bit of extra pop when it comes to value. It was Dodge’s most powerful factory car ever made at the time. In the first couple years of life, the Hellcat became an iconic tire shredding monster for Richard. Now, it has been recovered.

The tip came in from a repo driver who found the car sitting in the back of a parking lot. He decided to run the VIN to find out if it had been ordered for repossession. This is when he would find out it was the stolen Gas Monkey Hellcat. Richard and crew headed over to check and make sure it was, in fact, the car. They hopped to action immediately with the Fast N’ Loud camera crew in tow.

Within seconds Richard knew it was his car. Having the key fob helps, right? Sure enough, he checked the VIN tag in the window before using the fob and the car unlocked. The story gets even more interesting when they found that the car had an unfamiliar scent. Richard would find the culprit inside the trunk as many ziplock baggies were found. He doesn’t explicitly state that they were filled with weed when first finding them, but alludes to the situation later when he sneezes and says “It’s all that weed, dude, I’m not used to it.”

The crew also found what looks to be the damage from someone jumping the car, as well as doing donuts in a parking lot. The car clearly had been sitting in this spot for months as the trees and bushes behind it had overgrown the car. The brake rotors also displayed rust, a clear sign the car had been sitting for months at a time

When the car first went missing the crew was tipped off on who may have stolen it and pictures were released of the possible suspects. They were never caught but may now, in fact, be in deep trouble. The police will be taking possession of the car and doing their investigation.

Update on the stolen Hellcat! Thanks to y'alls help so far we now have pictures of the thieves who stole it and the car…