Just a few short months ago, a couple of small block nitrous cars lined up at Orlando ...

Just a few short months ago, a couple of small block nitrous cars lined up at Orlando Speed World during No Guts No Glory 5 and caught the attention of the grudge world.

JR Gray and his wicked Fox-body Mustang, known as Jason X, took on Mario Johnson’s gorgeous C7 Corvette known as Ghost for a huge, but undisclosed, amount of cash. Considered by all to be two of the baddest small block nitrous cars on the planet, the race was hyped up for weeks heading into NGNG 5, and absolutely lived up to the excitement. As you will see in the video below from our friend Hans at Free Life Films, the crowd that gathered on the line for the first race was bigger than the crowd you’ll find in the stands at many events. When you have two of the quickest and most consistent cars in the small block nitrous world lined up head to head for enough money to buy a new house, everybody wants to be a part of the action.

Gray took the win in Jason X the first time, but Johnson and his tuner/driver Chris Tuten aren’t ready to let JR wear the crown as King of the Nitrous Small Block cars just yet, so this weekend at Lights Out 10, they’re going to line up again with another massive stack of cash on the line. We can’t verify, as both camps are remaining hush hush about the actual pot, but it’s widely rumored that the winner will leave South Georgia Motorsports Park with six figures in their pocket – although I’m not sure what kind of pants have pockets big enough to carry that much cash.

Will Gray and Jason X have enough to take down Tuten and Ghost a second time, or will the slick little ‘Vette even the score at one win each. You have to assume if Ghost wins, that will set the stage for a tiebreaker with at least as big a pot, but Gray would prefer to just avoid all that drama and send Ghost packing yet again.

Who All Will Answer Stevie Jackson's Call Out For Lights Out 10? 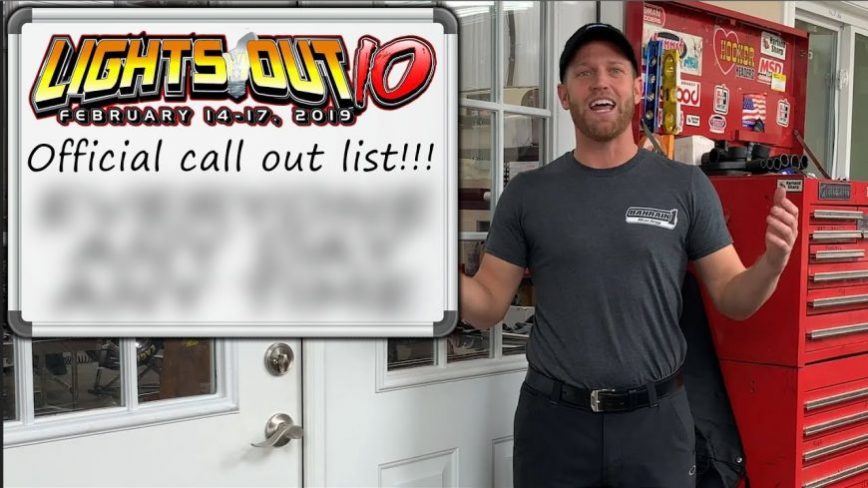