Whenever something happens in the media, especially when it’s related to a ...

Whenever something happens in the media, especially when it’s related to a reality television show, you can expect rumors to cycle. Now, I know that there are a plethora of rumors around the American Restorations TV show, but this time, we have found an actual statement from the man himself, the kind to push fans in one direction or the other in terms of what’s happening. From this comment, we will be forced to assume that Rick’s Restorations has been either removed or made to take a smaller role in the American Restorations TV show and they’re certainly not going quietly.

From this comment, we hear that Rick is pleading with his fans to continue to support the show by heading over to the History Channel and telling them exactly what they think of the show and why it should stay on-air the way that it is. Now, this could be for a variety of reasons, but fans are speculating with two in particular.

First, They say that maybe the timeline is a bit much for the show and therefore, the producers behind American Restorations are heading out and trying to find a new crew that will be able to get the jobs done quicker. You see, with shows like these, the timelines are incredibly tight and even though it looks like it might only take a couple of hours, it’s a lot more complicated than that and, while some shops are able to pump out the builds quickly, perhaps sacrificing quality or not, maybe others just simply aren’t able to be rushed.

Second, Some believe that, as aligned with what everybody else wants to believe, that everything boils down to drama. Some speculate that there has been issues between the producers behind the show and the guys in Rick’s shop, including Rick himself. Neither of these claims are really based in fact, with not much information to go off of as to why the show suddenly made its way off of the air, but this is also another reason as to why American Restorations could be in the market for another shop to come on board.

Neither these are to be counted out but I don’t how much weight I would put it either basket given that we don’t have too much evidence as of yet, supporting either side, aside from Rick trying to get the fans behind him down in the video below. As of now, the show’s website still shows Rick’s Restorations as being the backbone of the show that restores everything from old gas pumps to cars and everything in between. How much longer that will be, if the show will continue to be at all, we can’t be certain. In this kind of the business, you really never know what’s coming tomorrow. 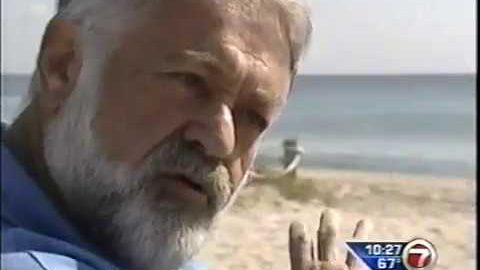