As a machine like Murder Nova rockets down the track, it can be a sight to behold. ...

As a machine like Murder Nova rockets down the track, it can be a sight to behold. With thousands of horsepower on tap, getting it all to the ground and being able to effectively gain traction is no easy feat. It truly takes some confidence behind the wheel to be able to rocket to nearly 200 mph in a tick over four seconds.

From the outside, fans can truly get a sense of how fast this ride is going. However, it isn’t until we take a look in the cockpit that we see how the pilot expertly handles it all. Watching the car soar down the track is one thing. The human element of it all is really what ties it together to show us how impressive it is, though. This is the full effect that we’re able to grasp when we sit in with the car.

For most humans, it’s pretty tough to comprehend 200 mph in a car. Furthermore, being able to accomplish something in the ballpark of that speed within the span of just 4-seconds is nearly impossible to fathom unless you’ve done it. The pure g-forces alone have to be one insane ride as the blood rushes to your face.

During the Mid-West Pro Mod series racing that took place at the Throwdown at T-Town, Shawn would have a camera mounted in-car to show us what it looks like as he blasts through the competition. It certainly takes some nerves of steel to be able to put the pedal to the floor and drop the hammer like that. The fact that we get to ride along with it all while stuck in quarantine is truly awesome and a welcome sight.

By following along with the video below from Straight Line Media, we get to take the ride of a lifetime. – Murder Nova 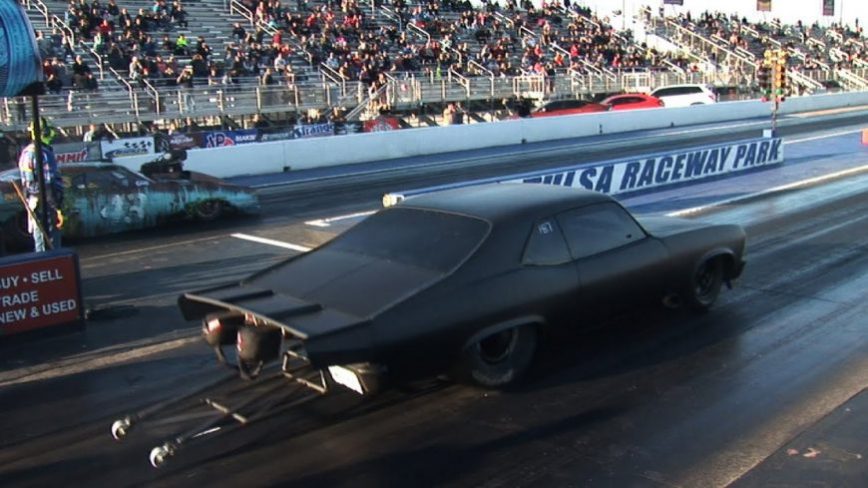