Stunt Rider Arrested After Riding Wheelie Into Back Of Cop Car 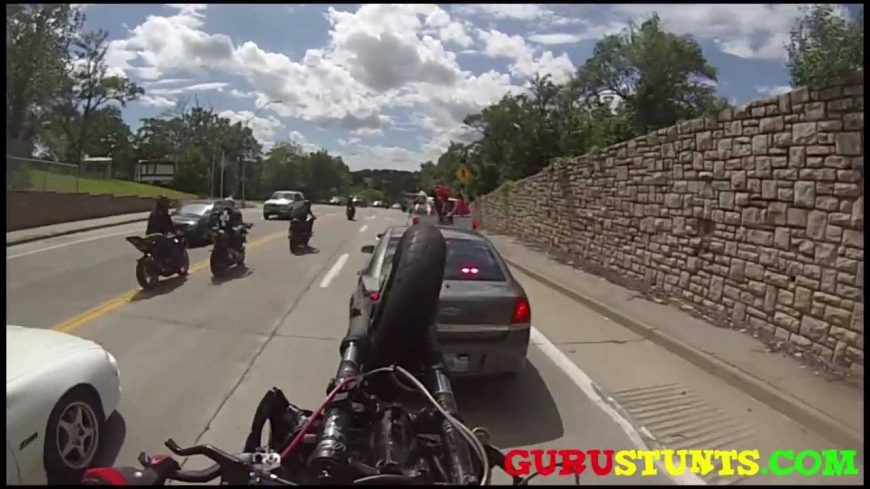 As showcased in plenty of videos throughout the web, stunt riders do some pretty crazy things sometimes. We aren’t just talking about the nature of the stunts that can really go above and beyond, putting riders in quite risky situations. We are talking also about how riders will continue to act out, even with a police officer in the vicinity, though. We’re sure that this kind of display of rebellion against the law is something that might get police officers a little bit riled up. However, this time, we tune in with a situation where an officer gets a little bit of revenge.

Even with a cop car riding alongside this particular group of riders, it wouldn’t stop them from putting on a display. In fact, it looks like the police officer’s presence might have even just made some of these stunt hungry folks kick up their game a notch. After all, what better situation would there be for somebody to show off than when a police officer is there? While it might not exactly be legal, we’re sure that such a display comes with more than its fair share of bragging rights. It certainly wasn’t a chance that the rider pictured in the video here could turn down.

By following along with the footage below, we get to ride along with the helmet-mounted camera that puts us right in the thick of things. As it turns out, this rider who is sustaining a wheelie behind the police car ends up pushing it just a little bit too far. At the end of the entire sequence, the bike comes down on the car, dislodging its rear bumper and giving the police officer the perfect opportunity to hop out and tackle the rider to the ground, throwing him in cuffs. Mark this one down as a win for the law.