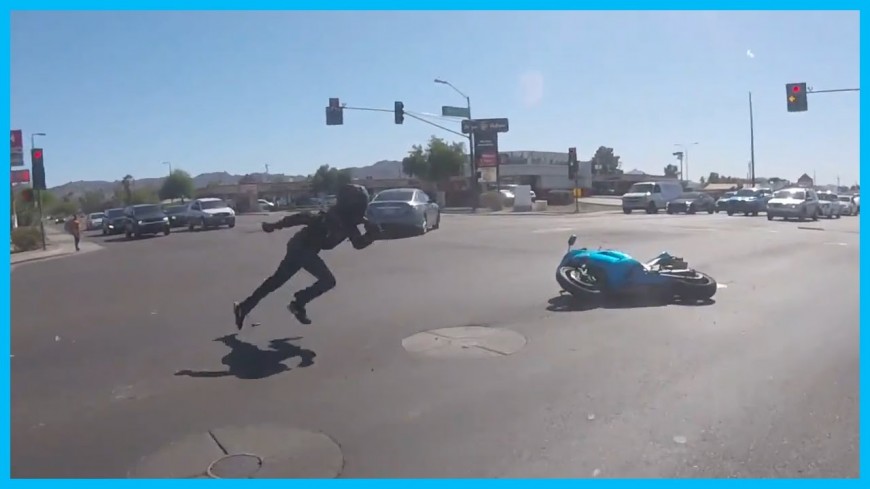 We’ve seen stunt riders on the web doing some pretty insane stuff on open highways, but this clip might be the one that simply trumps them all.

Apparently this rider did something really illegal because the police officer pursuing him was determined to take him down and almost succeeded.

We join in on the situation as the rider is stopped at a light, when out of the corner of the frame, a police officer on foot gives chase.

The officer grabs on to the rider at which point, the rider attempts to zoom away, instead flipping his motorcycle over in the intersection.

From there, it was a bum rush on foot to find another bike that he could hop on to complete his escape. He did manage to pull out some Adrian Peterson speed and get away. He was hustling like his team was down a touchdown in the fourth quarter!

The whole ordeal was captured in the video below. We aren’t too sure what this guy did to earn such a pursuit, but one thing is for certain: he didn’t want to hang around to see the outcome!