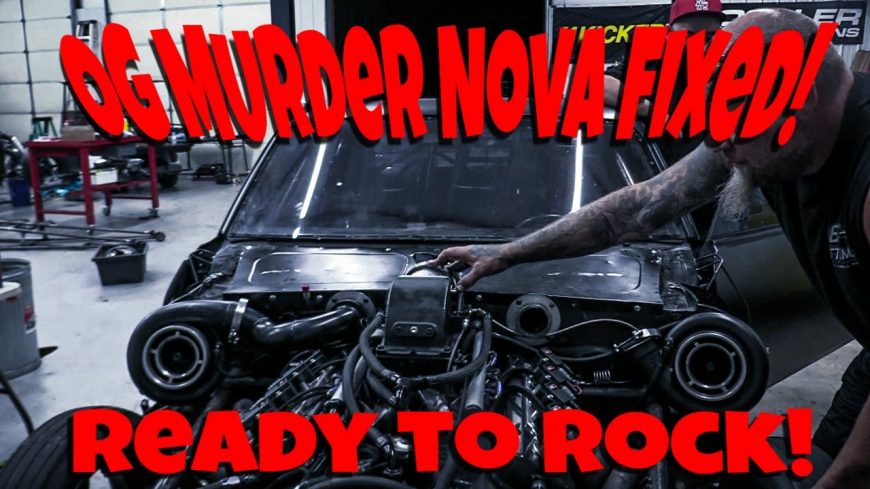 On the outside, racing might look easy. What the fans really get to absorb the most is drivers making their way down the track and maybe making some minor tweaks to their cars. However, those who have involved themselves in racing quickly find out that, in order to be competitive, it’s almost a full-time job. The only difference is that, in most cases, racers don’t get paid like a full-time job.

For some, though, they have managed to truly turn it into a legitimate full-time job.

This time, we get to check out a little bit of the backend of the action. After an outing at Huntsville, Shawn and the OG Murder Nova weren’t exactly on cloud 9. Shawn basically tells us that the car wasn’t performing too well. Eventually, when the machine did end up starting to come around, they managed to hurt the engine. Naturally, a vehicle with a limp isn’t going to be pushed hard and they decided to put it back in the trailer to return home for further diagnostics.

The thing about ripping the car down is that it’s kind of hard to figure out what to expect. Until the engine is pretty much torn down, it’s hard to tell if the issue is going to be a simple fix or something major. That’s all a part of the game, though.

By following along with the video below, we get to see what it looks like to keep a race car running. Shawn tells us that he won’t let this outing discourage him and that the OG Murder Nova will stay on radials. However, it looks like it’s going to take a little bit of work to bring the car around to where it should be. If there’s one guy that we know can get the job done, though, it’s Mr. Murder Nova himself.