Back in 1956 when the ’56 Chevrolet Apache was rolling around on the streets, it was probably a pretty purpose-oriented vehicle. Folks behind the wheel would hop in and go for a drive to their worksite of choice. All these years later and this time, we get to dive into a variation of that very truck that has also been built for a rather specific purpose. However, the purpose isn’t exactly what it was originally built for. In fact, the crew behind designing this thing in 1956 probably wouldn’t believe their eyes if they saw what this particular Apache became today.

Built by Griffin Steinfeld, this Chevrolet monster has become quite the beast over the years. In its current form, the machine is powered by a twin-turbo LS engine. Pretty much every component has been gone over and strengthened within. With the help of a pair of twin Precision turbos, the horsepower figure creeps somewhere toward the 1400 range, at least in this video, in particular.

What we do learn, though, is that this is just a tame combination that’s being used for the streets. In the video from AutotopiaLA, the truck is sitting pretty at about 20 psi. However, when the truck is turned up, it will see more than double the boost as it has cracked 41 psi. We don’t get a specific horsepower figure. However, Steinfeld can’t help but estimate that the truck is capable of well over 2,000 hp.

By following along with the video below, we get up close and personal with what might be one of the most impressive pickup trucks that you’ll ever see rolling around in the streets.

There are lots of fine details that really come together to paint a cohesive picture with this one. It’s even capable of being started up with the help of a cell phone!

First lick off the trailer is lookin good. This is her very first A-B pass. Straight as an arrow, nice n smooth. Just gunna slowly lean on her more and more each pass. Tomorrow’s race day is going to be rowdy. #TheApache 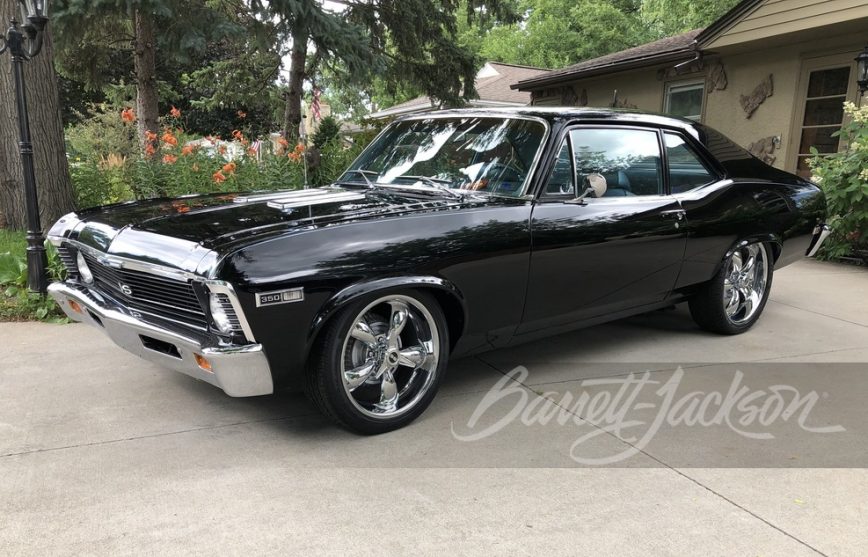