Mike and Jim Ring, owners of the renown Ringbrothers custom shop, have turned out ...

Mike and Jim Ring, owners of the renown Ringbrothers custom shop, have turned out more than their share of purely badass custom hotrods, but this one just might take the cake as their most insane creation yet! Instead of starting with a traditionally beautiful car like their past builds, they chose one of the more offbeat models to ever roll off an assembly line this go-round, choosing to build this wicked custom AMC Javelin.

The car, which was built for coolant manufacturer Prestone, features some subtle but very effective modifications that truly make for a striking profile, including quite a bit of massaging on the nose to get the overhang just right, a touch the really improves the overall shape of the car from just about every angle without really standing out as a noticeable change.

The paint obviously grabs the attention of anybody within a half mile, thanks to the 2017 BMW paint code that just screams “Look at me!”

Under the hood, a Hellcat Hemi lurks under the custom engine cover and a monster 4.5L Whipple supercharger ensures the engine is force fed plenty of air, as the brothers promised Prestone that the car would churn out 1,000 horsepower, which would certainly be a task for the factory 401 CID powerplant. Instead, even with the engine detuned and the boost turned down, the late model motor should easily crack the four-digit power level mark.

As you cans see, the car looks nothing short of spectacular and was met with a lot of fanfare at the 2017 SEMA show in Las Vegas. Keep an eye our for this car, something tells us you will be seeing a lot more of this car on the internet and in magazines very soon. As soon as we get our hands on more info, we’ll be sharing it here on Speed Society. 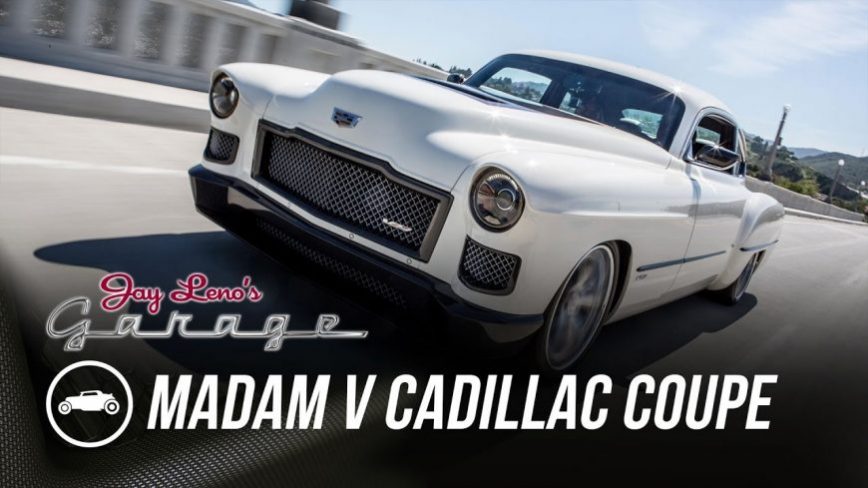