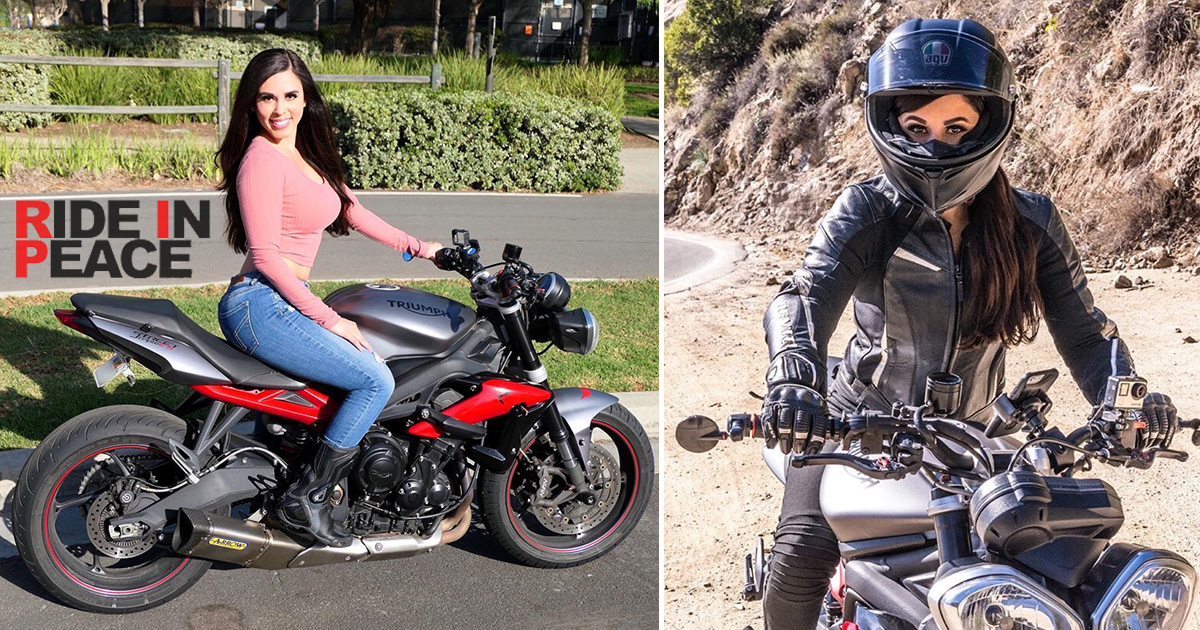 It’s no secret that motorcycles are dangerous, and even the most experienced of riders can fall victim to the adrenaline-fueled hobby of riding. When we heard a few weeks back about the passing of popular YouTube bike vlogger Annette Carrion, we knew we had lost one of the good ones. Annette was a beautiful person inside and out and did a lot of work toward helping the image of motorcycling as a hobby and a motorsport, working especially hard to motivate other women to join her in the two-wheeled world.

According to the police report, Annette’s fatal accident occurred because she took a curve at too high a speed and was unable to keep the bike in the roadway. While Carrion was obviously an experienced and proficient rider, she could have been unfamiliar with this particular section of roadway, or simply rode into the curve too hard and was unable to slow enough to make a controlled turn.

Her momentum carried her off the side of the road and down an embankment. She was thrown off of her bike during the tumble and then fell over a 50 foot drop. She was pronounced dead at the scene of the incident.

Annette is survived by five siblings, her boyfriend Jimmy Busak, and ten nieces and nephews. However, Carrion also leaves behind a legacy in the motorcycling community. She worked tirelessly to promote riding and her fellow riders in a positive light to help reduce the stigma that many riders face of being careless and dangerous. She was especially interested in seeing more females suiting up and riding, since the hobby is a predominantly male community.

This video from fellow YouTuber CycleCruza offers some tips on riding safely, as well as a few options to ride in areas that are safer than public roadways, such as hitting the track or off-road riding. He also makes some great points about the rest of the world around us being a scary place to live, which is very true.