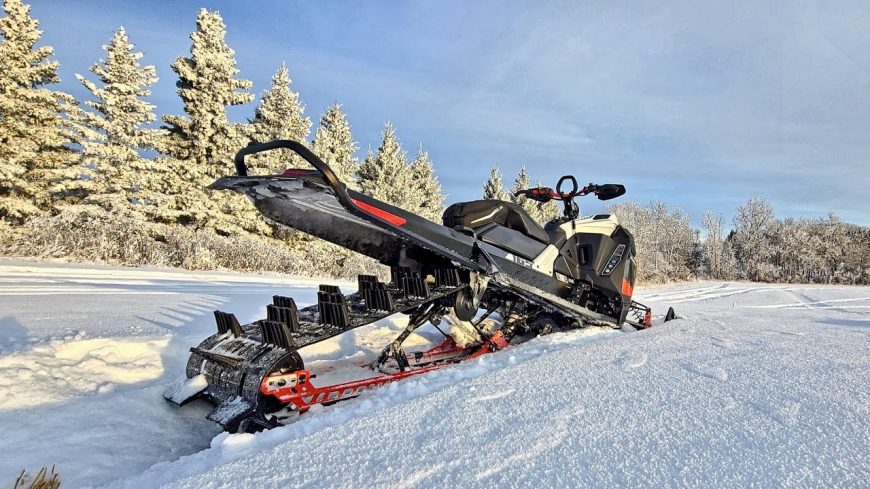 If you build it, they will come. It doesn’t matter what corner of the world something exists in, if it’s meant to go, there’s a chance that somebody has built a version that’s designed to go fast. From cars to go-carts and everything in between, whether it’s the manufacturer or somebody in their garage with a little bit of talent, we’ve seen just about everything get the opportunity to fulfill that need for speed.

This time, the vehicle in question is none other than a snowmobile. For most folks, this sort of rig probably isn’t something that they come in contact with very often. However, upon seeing YouTube creator, ostacruiser, go for a ride on his Sea-Doo 2021 Skidoo SUMMIT X with Expert Package and an 850 E-tec Turbo application, we think that just about everybody’s going to want to have a chance to go for a rip on this thing.

After checking in with the spec sheet, we find that this monstrous machine cranks out 165 horsepower. That might not seem like a ton but when considering the power to weight ratio, this machine is certainly guaranteed to fly! You can bet your bottom dollar that the track outback is digging in deep with the aim of maximum acceleration as well. The combination of factors is really enticing for anybody who likes to go fast.

By following along with the video below, we get an up-close and personal view of the machine that really gives us an idea of the sense of speed that one would get being behind the handlebars here. No matter what form something comes in, there’s just something with us gearheads that make us want to go fast. This might be something just a little bit different but for gearheads, but we think its something that most will find right up their alley.