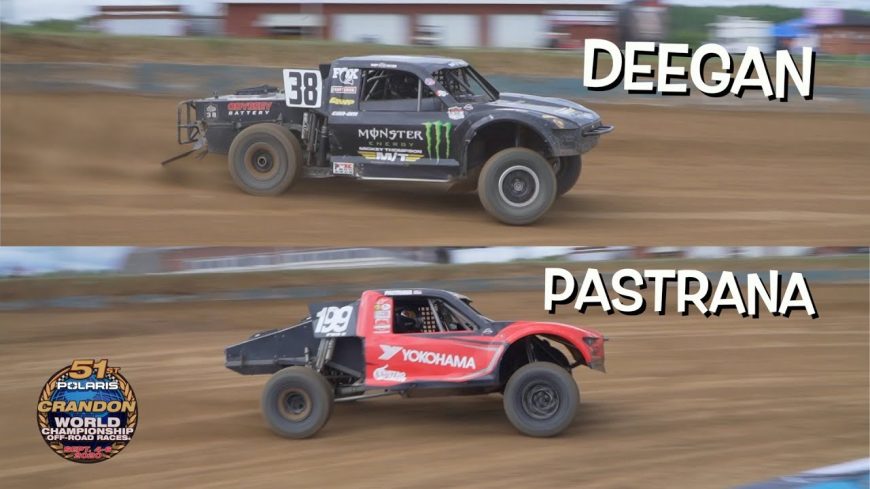 Sometimes, old rivalries just never die. For a couple of legends in motorsports, Travis Pastrana and Brian Deegan have hung around quite some time, competing in all different facets of adrenaline.

Pastrana and Deegan certainly have a history with one another. We aren’t sure that even they knew, when it started, though, that they would be battling it out over two decades later. Today, things don’t exactly look as they did back at the turn of the new millennium. However, both Pastrana and Deegan are as competitive as ever and operating at a super high level. Seeing them go head to head is a treat as these guys have both accomplished so much.

This time, we head to Crandon International Raceway to watch the drivers duke it out. In this video, we get the behind the scenes look at exactly what goes into preparing for an event like this. Much like any other form of racing, it’s not exactly as easy as tossing a vehicle on the racing surface and having at it. Instead, there’s tons of preparation and careful consideration that need to be made in order to make sure that the event is a success. Making sure to pay attention to detail will put a driver in a much safer position along with giving them a better shot at snagging victory.

Below, we follow along with the action-packed weekend that takes us to the scene of the event. These behind the scenes vlog videos really do us a servicing in being able to see a side of the race that would’ve not otherwise been possible. When all is said and done, these two drivers are racing for the grand ransom of one dollar. Just when we thought that the stakes couldn’t possibly be higher, they went and raised them just a little bit.