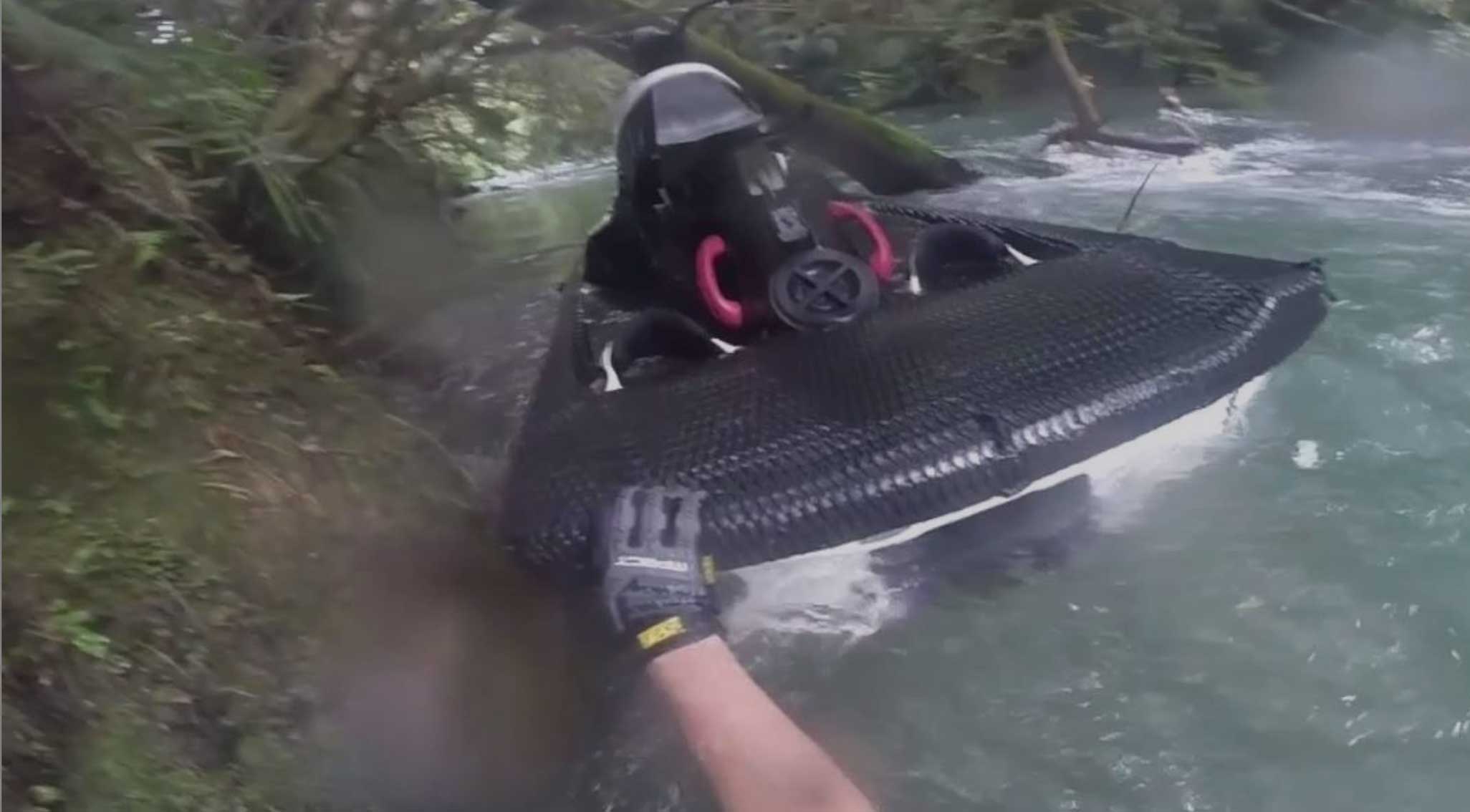 When I read the title of this video, I thought to myself “I’ve ridden jet skis on the river several times, it’s not really that big a deal…” but it turns out what I call a river and what these guys call a river are drastically different bodies of water. The rivers here in north Alabama, at least where I’ve done my jet skiing, are hundreds of feet wide and clear of obstructions for the most part. There’s room for dozens of jet skiers to ride without fear of hitting each other – unless one of them just isn’t paying attention, right Joey? –  so reading about river jet skiing being scary didn’t really make sense until I actually watched the video.

What these guys call a river is more like what most people would call a creek and even by those standards it’s on the narrow side. Ripping up a stream that’s only barely wide enough for 2 jet skis side by side, the title of the video suddenly made a lot more sense. Not only is this an incredibly narrow stream of water, it’s flowing pretty fast, which makes for a harder time predicting how the ski will react to changes in the flow of the water. In fact, the speed of the water, coupled with the trees laying in and over the water, is likely what causes the rider with the GoPro to take a dip in the water. These guys definitely look like they know how to have a good time, even if it’s taking an ill-advised jaunt up an incredibly narrow river.

While the one guy does end up in the water, it’s pretty clear these guys have solid riding skills, which are on full display before the spill.

What do you guys think? Would you take a jet ski up this narrow river? Or do you need a little more space to maneuver and prefer not to ride and feel claustrophobic at the same time? It’s definitely not for the faint of heart, although it may be a lot of fun if we actually tried it.