Even for those who are fans of their internal combustion engines, it’s hard to ...

Even for those who are fans of their internal combustion engines, it’s hard to deny some of these electric-powered machines.

While gas and diesel-powered trucks might be getting more efficient, it’s going to be hard to compete with the economic operating efficiency of electric. There are definitely concerns with electric-powered pickup trucks, though. Perhaps they have yet to prove themselves in metrics of towing or long-range travel. Both of these are important in the world of trucks. However, they certainly are coming onto the scene with a vengeance here recently.

One company that has really been making waves is that of Rivian. They had stirred the pot to the point where they caught the eye of several major automakers. At the end of the day, they did end up getting the most comfortable with Ford. The automaking giant was so excited that they decided to invest $500 million into Rivian’s efforts.

Hype aside, we’re sure that Rivian is aware that they still have an uphill battle ahead of them. Out of all of the communities to convert to electric, the truck community might be the most difficult. If we want to talk about a dedicated group of individuals that takes pride in their automobiles, it’s those folks with a truck.

These same individuals might be difficult to pry away from their current habits and toward new ones. I can say so from experience as I had several myself.

In order to make themselves stand out from the crowd, though, Rivian has offered up a package that’s kind of neat. It’s currently nothing more than a prototype. However, the company’s camp kitchen prototype seems to offer something big for those who like to explore.

In addition to a pop-up tent for the bed of the truck, the kitchen provides things like an electric cooktop, housing for kitchen tools, and a 5-gallon water jug. The folks over at Tech Crunch take us inside with the video below.

Now, if we could be convinced that this thing could travel a long distance without running out of juice, we would be sold!

Ford Invests $500 Million Into Rivian, With The All Electric F-150 In Mind! 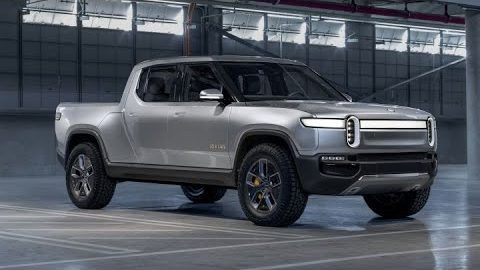