Road Rage Thug Gets Splashed in a Series of Instant Karma 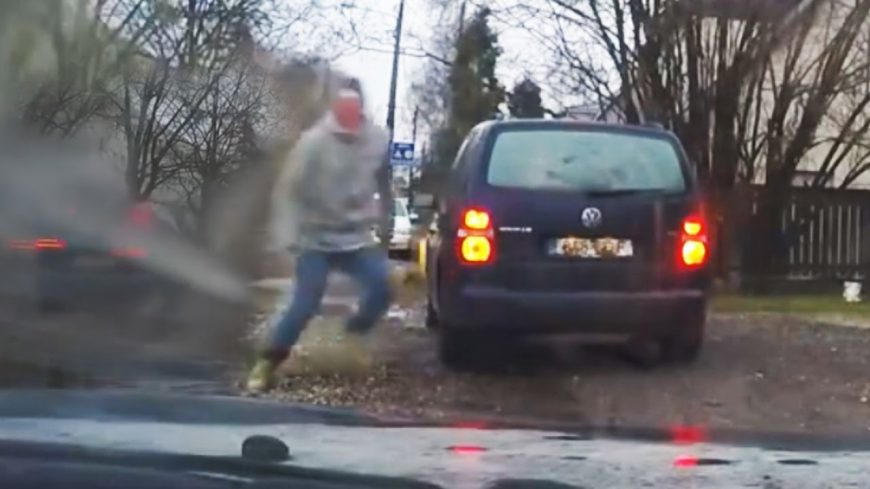 We love a good road rage video as much as the next guy – as long as nobody ends up getting seriously injured – and we love seeing jerks get a little instant karma. To combine both of those into a single video is basically like finding a pot of YouTube gold.

This dashcam footage captures what seems like your run of the mill beep of the horn at another driver for pulling out in front of the car we’re riding in. However, the other driver clearly is either hyper-short tempered or is having a really crappy day, because he immediately whips off the side of the road jumps out of his car. He opens the back door and removes what looks like a tire iron and begins marching toward the camera, obviously on a mission for confrontation.

Just a couple of steps into his angry march, however, the raging driver’s hot head gets doused with a huge spray of rainwater from a passing car! The timing could not be better, and as an added bit of insult, our camera car driver immediately drops his car into gear and drives away, laughing hysterically at the soaked sourpuss.

« How to Buy a Parts Car to Fix Your Daily Driver