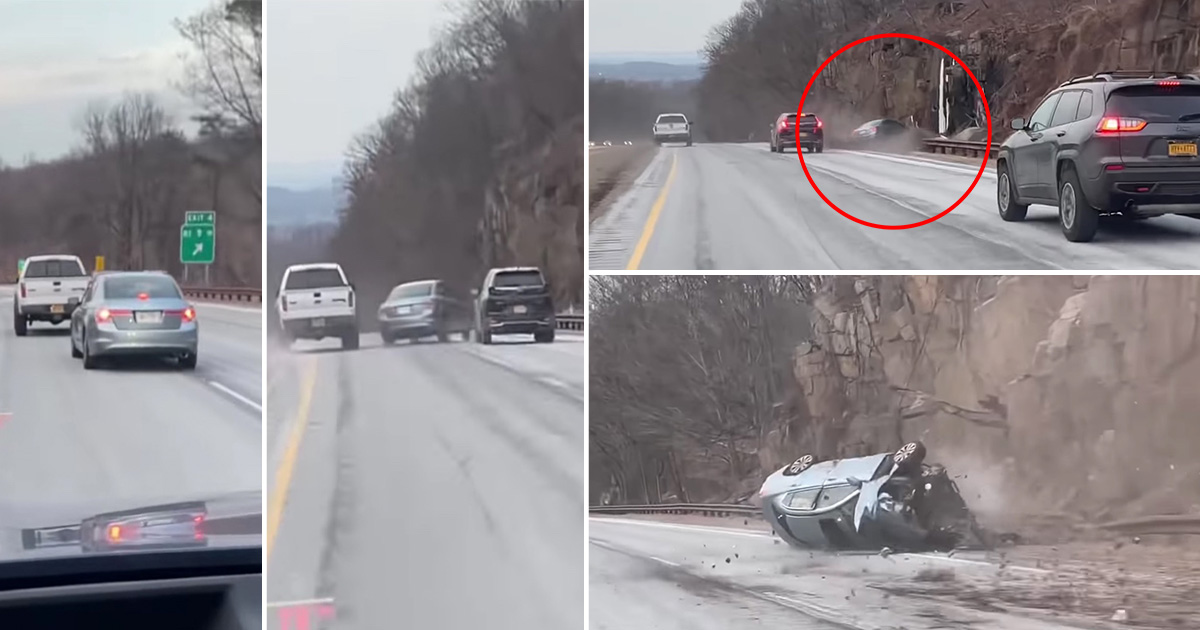 We have to say that we aren’t really sure what exactly lead up to this moment.

What we do see, though, is a sequence of events that looks anything but safe. We aren’t exactly sure where the driver of this Honda Accord was headed but what we can say is that they aren’t going to make it today. Footage rolls as the Honda and a couple of other vehicles are driving down Palisades Parkway as the camera car was on the way to Connecticut. The driver of the camera car said that the Accord nearly sideswiped him and then “decides to play chicken with a Raptor.” This is when the uploader tells us that the video starts from which point we see sheer craziness unfold.

As the Honda tailgates the pickup truck that is now moving pretty slowly in what appears to be an attempt to retaliate against the aggressive Honda driver, it appears as if the driver behind the wheel of the Accord is willing to do whatever it takes to get around these vehicles, even if it means putting themselves in danger in the process.

From there, we watch as the car swerves back and forth, desperate to get around the vehicles occupying the road. When the opportunity presents itself, the driver of the Honda goes to the far right in what appears to be a merge lane to make a move around the traffic. This is when the Raptor driver speeds up to prevent the driver of the Honda from proceeding. It’s at this point in time that the driver of the Honda manages to lose control and we have to warn you that this didn’t end up being a fender bender, either. Instead, the Accord ends up going sideways, catching a guard rail, and completely destroying this vehicle.

Fortunately, the person who uploaded the video says that they spoke to the police who said that the driver was “ok.” The uploader continues that he doesn’t know the extent of the injuries but that the driver is, in fact, still alive.

« Dropping a Brand New G-Wagon Through a House