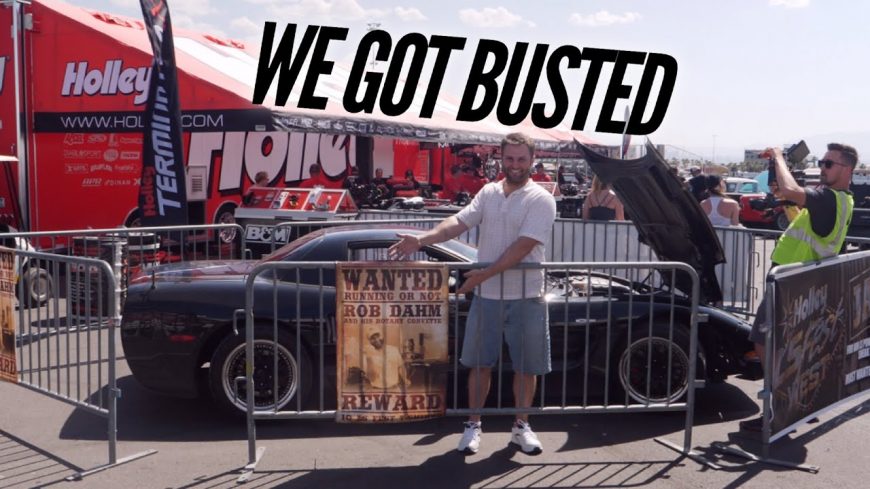 Every year, and now twice a year, lots of folks invested in Chevrolet late model performance meet at the biggest show of them all. Holley’s LS Fest brings together those who own and love cars with LS or modern LT power. These days, this type of engine has been swapped into just about everything. It’s not even limited to the world of wheels, either. We have seen the LS in boats, airplanes, and even an RV! It seems as if it’s really the go-to option in the world of swaps. However, every once in a while, we find somebody going in the opposite direction.

Because LS power is so affordable, reliable, and powerful, it’s not too often that someone takes it out of a vehicle. However, when it comes to famed rotary head, Rob Dahm, we find that he was in the mood to stoke the fire. When he finally procured a Chevrolet Corvette, it wasn’t to make an LS-powered V8 machine. Instead, he wanted to put a rotary under the hood. Now, knowing Rob, we think this is something that he truly was interested in doing. However, the byproduct of such a build would end with lots of controversy.

In the name of really mixing things up, Rob decided to drop in on the biggest LS show in the country. He would make his way on the road to Las Vegas to see what was up at Holley’s LS Fest West. When he managed to get there, it seems as if he was able to go undetected for quite some time. However, before we know it, it seems as if the jig was up and he was en route to LS fest jail.

There are a lot of long videos out there that do nothing more than eat up our valuable time. This is one that’s worth watching from start to finish, though. It’s incredibly entertaining, to say the least.