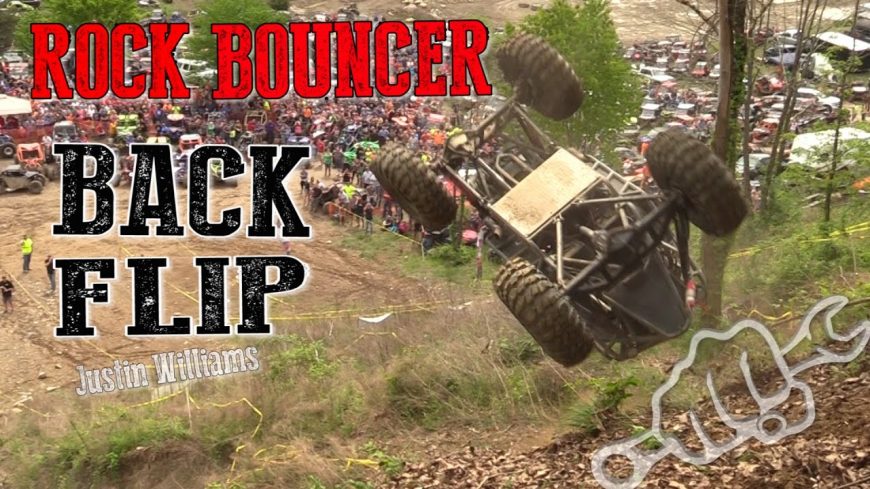 We’re glad the off-road video gurus at Busted Knuckle went ahead and replayed this for us in the video several times, including multiple angles and slow motion, because we would have had to watch this several times over before we believed it was actually legit!

At Rush Off Road Park’s Anniversary Bash event, Busted Knuckle-sponsored driver Justin Williams took his Smoke Out buggy up the course during the Pro Rock Racing Event and looked to be making a pretty solid run when he caught the wall hard and stood his rig straight up in the air. As the buggy returned to earth, the rotating rear wheels kicked the back end forward while the front end went backwards, resulting in a textbook perfect backflip. The buggy landed on all four tires and backed down the hill a bit before rolling over gently, coming to rest upright at the bottom of the hell, almost exactly where he had started the climb. Justin was perfectly fine and didn’t even break a single component on his rig.

This was an awesome stunt, and though it was certainly not done on purpose, it does stand as the first backflip done in competition. So congrats to Justin for that distinction and thanks as always to Busted Knuckle for their excellent footage.