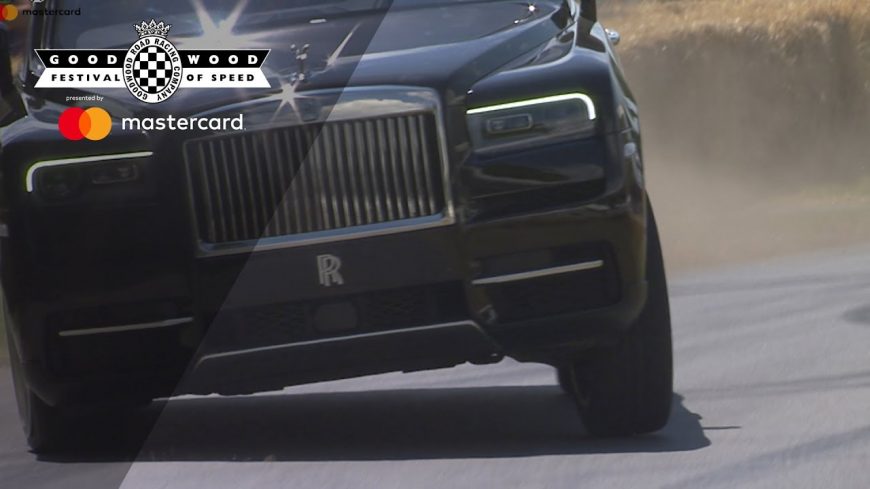 If there’s one thing that’s not apparent about some of the most luxurious machines on the market, it’s that a lot of them actually pack a potent punch. We wouldn’t think of a Rolls-Royce as something that’s traditionally built to be fast. However, many of these machines do have something under the hood that will give the car or truck, in this case, a little bit of a kick.

In the case of the Rolls-Royce Cullinan, under the hood, we find a 6.8L V12. The engine is said to be good for 563 hp which certainly isn’t a slouch. However, how often all 563 of this horsepower ends up being put to use, we can’t say for sure. We would probably guess that most people who get behind the wheel of one of these luxury machines aren’t pinning the throttle to the floor, though.

Lucky for the gearheads among us, there are folks in the world who are willing to do this. This time, we check in with the Cullinan as it makes its way around the track at the Goodwood Festival of Speed. The event brings all of the mechanical masterpieces that the mind could imagine together on track to show what they’ve got, no matter what their pedigree or heritage.

Down in the video below, we watch an exotic luxury SUV that has probably never really been pushed this hard before. Iif it has, the Cullinan definitely isn’t getting this treatment on a regular basis, in most situations. While we’re not sure that something like this would make someone want to buy a Cullinan for the purpose of racing, it’s definitely interesting to see it in a different light. With all that power sitting, waiting, under the hood, why not stretch out the legs a little bit to see what this bad boy has got?