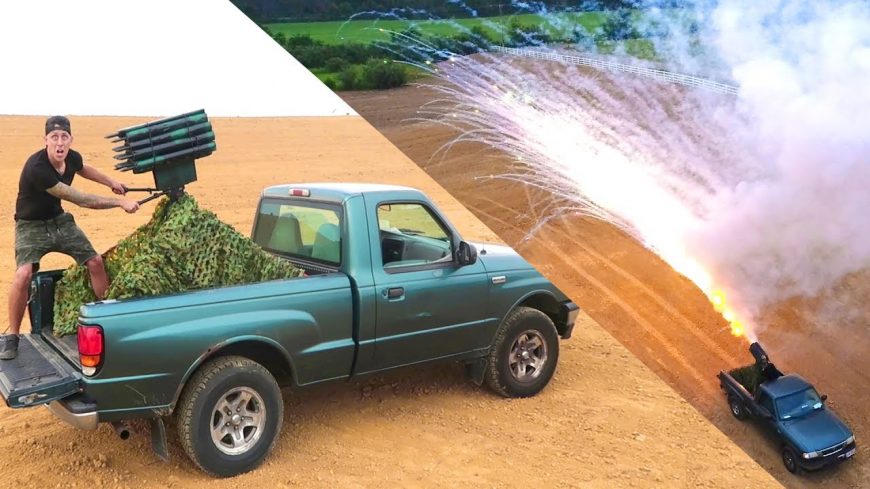 Sure, Christmas might be the holiday here in the States that gets the most money spent on it but when it comes to putting on displays that are extravagant and really go above and beyond to celebrate, ranking up there with Christmas and Halloween comes the 4th of July. Lots of people will head out to whatever store is selling fireworks and drop hundreds of dollars on the small and colorful explosives to make sure that their hot dog and hamburger fueled weekend aided by a splash of liquid encouragement is tons of fun. When all of these factors are mixed together responsibly, they can really be the ingredients that call for a good time.

Now, if you have a platform on YouTube with tons of viewers who will completely eat up a massive fireworks display, it’s basically your responsibility to go out there and put one together, especially when your career has been built around wacky antics like this. Celebrity prankster and vlogger, Roman Atwood, has managed to build just that base. Now, if you’ve ever seen any of Atwood’s pranks, a couple hundred dollars worth of fireworks simply wouldn’t be going big enough so instead, he decided to not only buy as many fireworks as you could possibly fathom but he also decided to get himself a truck to launch all of them out of as the guys put together a launch pad. When it all comes together, it surely is a ton of fun to watch.

Follow along down in the video below where we took the liberty of fast forwarding straight to the good part for you as Atwood gathers together as many fireworks as he can and constructs them in such a way as to completely overload the bed of the pickup truck and have his very own firework turret. After watching this one, I’m not sure if I’ve ever seen a 4th of July display to top this one. Can you think of another firework show that was better than the one put on by Atwood here?