RSX gets IMPOUNDED with NO WHEELS, Car Destroyed 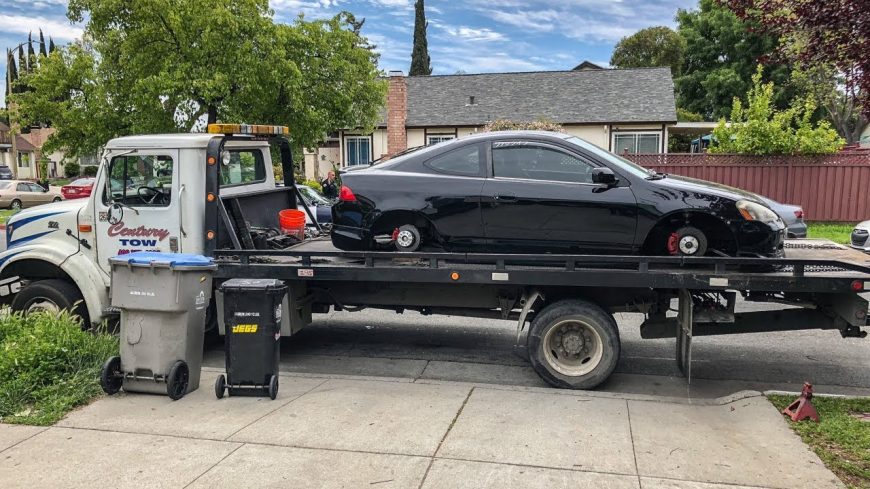 In many situations, people argue with the rules to a fault. After all, we do understand the rules are there for reason and you have to enforce them but sometimes, logic just goes all the way out the window when people take one look at the rule book and simply decide to go as strict as humanly possible, even when the circumstances at hand really seem like they should use some personal discretion and maybe bend the rules a tiny bit as to accommodate the people who are going to be affected big time by the reckless way that these rules are handled.

It all started because of a parking violation. When one car enthusiast’s Acura RSX was parked in the driveway with no wheels on it because they had been removed for painting and stored in the garage overnight, it turned out that the parking authority picked up on the situation that it was apparently some sort of violation of ordinances. Therefore, even without the wheels on the car, they would call up a towing company to remove the vehicle and from the perspective of the people behind the car, they were incredibly shocked at the way that it was all handled by the towing company.

If you follow along down in the video below, you’ll see the entire situation as the Acura is drug up on the bed of the tow truck, scraping along the bottom and even ripping off the rocker panels as the car skids along on the flatbed. Even after offering to put wheels back on the car to roll on the truck, it would appear as if the tow truck company wanted to take the car without the wheels. I’m not sure if we’re missing a part of the story here or if this is indeed one of the most ridiculous towing situations that we have ever seen. We will leave it up to you to be the judge of all of the evidence presented.

« Will Ferrell Hospitalized Last Night After Roll Over Car Crash In Oceanside California.