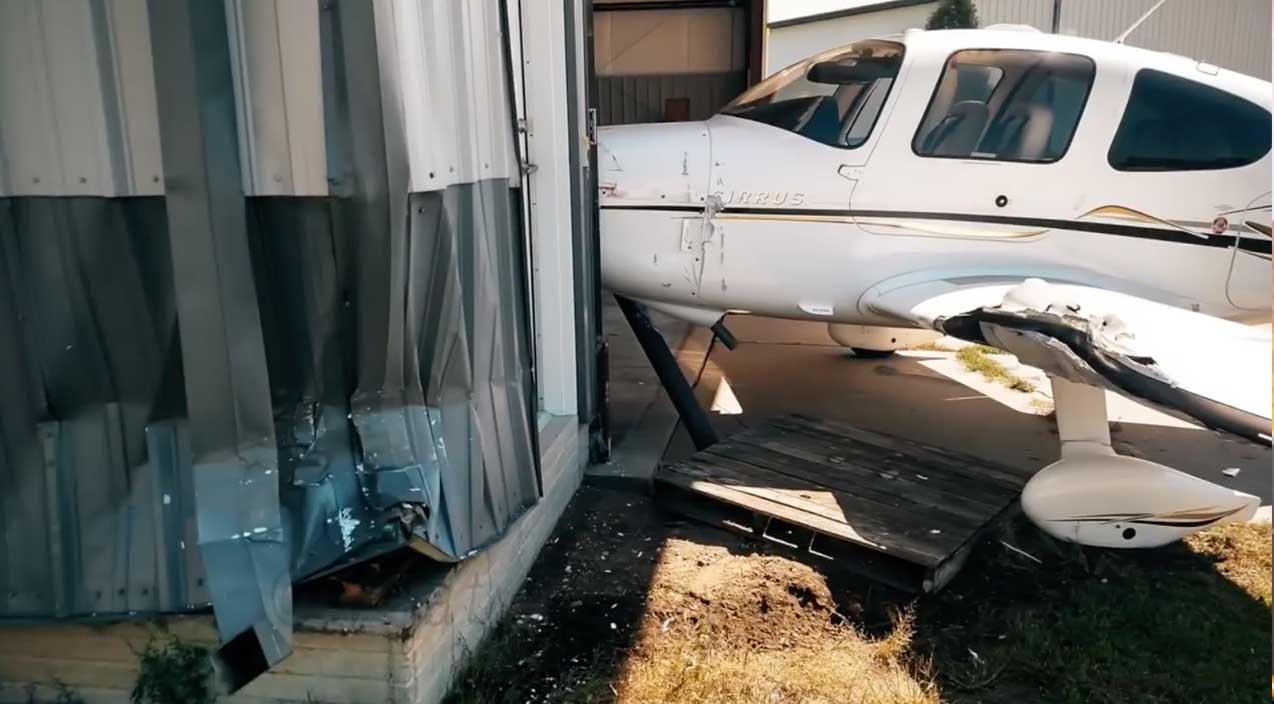 Everybody has those moments where they just skip a beat, those moments where your brain misses a connection and you end up doing something that you have to laugh at yourself for because it just seems so avoidable. The perfect example was the police officer that we featured the other day who managed to pull away from a gas pump without hanging up the nozzle first. Long story short, sometimes things happen but hopefully, it’s in a controllable situation rather than something where everything can escalate to a dangerous place.

This time, that moment happens in a situation that could definitely be dangerous. With so many things happening at once, this one could be an easy mistake to make but I also don’t think that I need to spell out to you how a runaway airplane could be a dangerous set of circumstances. With this thing running out of control with the propeller just spinning away on the front, who knows who or what could have stood in the way, ready to be mowed down!? Luckily, none of that happened but the “what ifs” were strong here as you watch the events escalate to a boil.

If you follow along in the video below, you’ll be able to watch a situation that’s known as “hand propping” where the pilot gets the plane idling before getting behind the controls. As the caption cites, though, perhaps he should’ve had the wheels choked before getting everything stirring without having anyone in the cockpit or any way of otherwise stopping or turning off the plane. It does look like a good amount of damage was done to the plane and the structure that it collided with, however, on the other hand, the damage looks like it’s minimal when you consider what could have happened here!