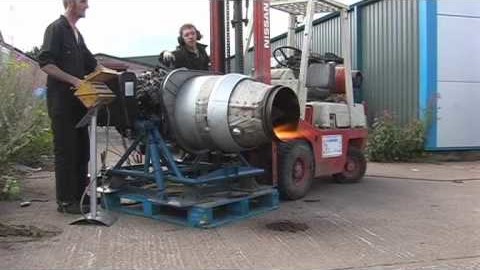 When starting any type of engine outside of a firmly mounted location, the first thing that you might want to make sure of is that it won’t go anywhere when you fire it up!

The guy playing around with this jet engine failed to do so and the result could have been much worse than it ended up turning out to be.

After firing this thing up, the man behind the controls notices that he failed to secure the engine to the ground as it lifts up and almost propels itself away!

Check out the video below to see how he reacts to the runaway engine. We’re going to wager that he won’t be making that mistake again!