Runaway Jet Engine Tries To Leave The Building On It’s Own! 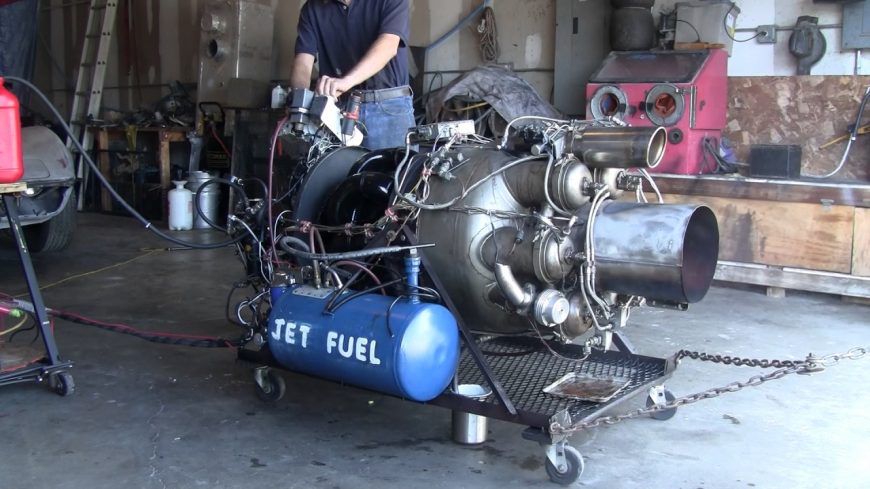 Even as somebody who has spent a fair amount time in the garage, I can’t really say that I have much familiarity with how jet engines function. I don’t think that I’m necessarily alone in this lack of knowledge about the topic but, after watching this one, you don’t even need to know all that much about jet engines to get a little bit of pucker factor going on as this one almost goes for a wild ride. You’d think that if this thing actually did get unhinged on the inside of his garage that some pretty serious bad times would unfold within those walls.

In this one, we check out a man who appears to be tinkering with his jet engine before firing it up and letting it run for a while. As he appears to give it a little bit of throttle, the engine starts to move! For me, if I were in this situation, that would probably set out a sheer panic mode that would have me doing anything I could to secure the engine back down to the ground once again. It does appear as if the whole thing is bolted down to a cart which is then chained do something else but, watching it move like that still strikes a nervous nerve.

Follow along in the video below as the jet engine does a little bit more than I think even the person behind it was expecting. Luckily, this one didn’t escalate to another level because if it did, we are probably looking at a whole different video. Just remember that the next time that you so happen to be working on your incredibly expensive jet engine in your garage, that you remember to strap it down properly so that it doesn’t take off on you.

« What Not To Do After A Civic Crashes At WCF!