Rusted Out Chevy Malibu Is Almost A Sleeper… Lights Out 9! 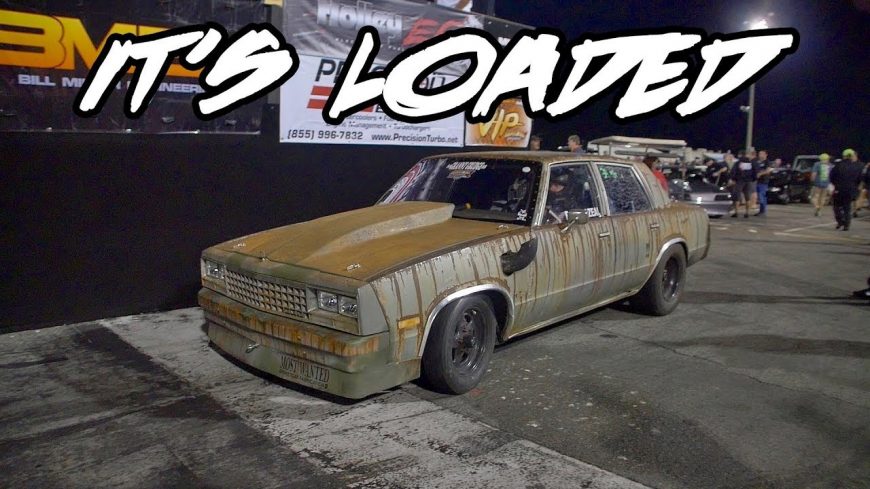 It’s ugly. It has 4 doors. It’s rusty – no, it’s not a wrap, I touched it to make sure. It has “Glory Hole” written in marker above the exhaust exit in the fender. This thing is a hot mess, but damn does it roll out! From what I could tell, there’s really nothing special about this car, as far as what Rob Brazeal has put into it. But the thing is still a lot of fun, as you can see in this footage from our buddy Justin at JMalcom2004.

Justin caught up with Brazeal and his Malibu at Lights Out 9, where the car was entered in the Small Block N/T shootout. While some of the other cars in this particular shootout were much more in line with what we picture when we talk about actual race cars, that didn’t keep Brazeal from throwing his hat into the ring and going to war. And to be honest, despite it’s appearance, the car seemed to work really well and made some strong passes.

The Malibu is powered by a nasty sounding nitrous-huffing small block and looked to be on a 275 radial, though the class also included cars on 28×10.5 slicks. It’s hard to tell for sure which the car has on board, but they definitely did a great job, sending the hefty family hauler down the sticky 1/8th mile in short order. The car looked to be a contender, but got out of shape and headed toward the centerline, prompting Brazeal to roll out of the throttle to keep the car in his lane while Justin Curry and his Corvette streaked to the win and berth in the next round of the shootout.

I have to admire Brazeal’s approach to his ride. While there’s certainly plenty of merit in going all out and building a purpose-built car for the class that would give you a better shot at winning, but there’s something undeniably cool about showing up in a car that looks like it’s been in your uncle’s back yard for 20 years and you just drug it out and went racing!