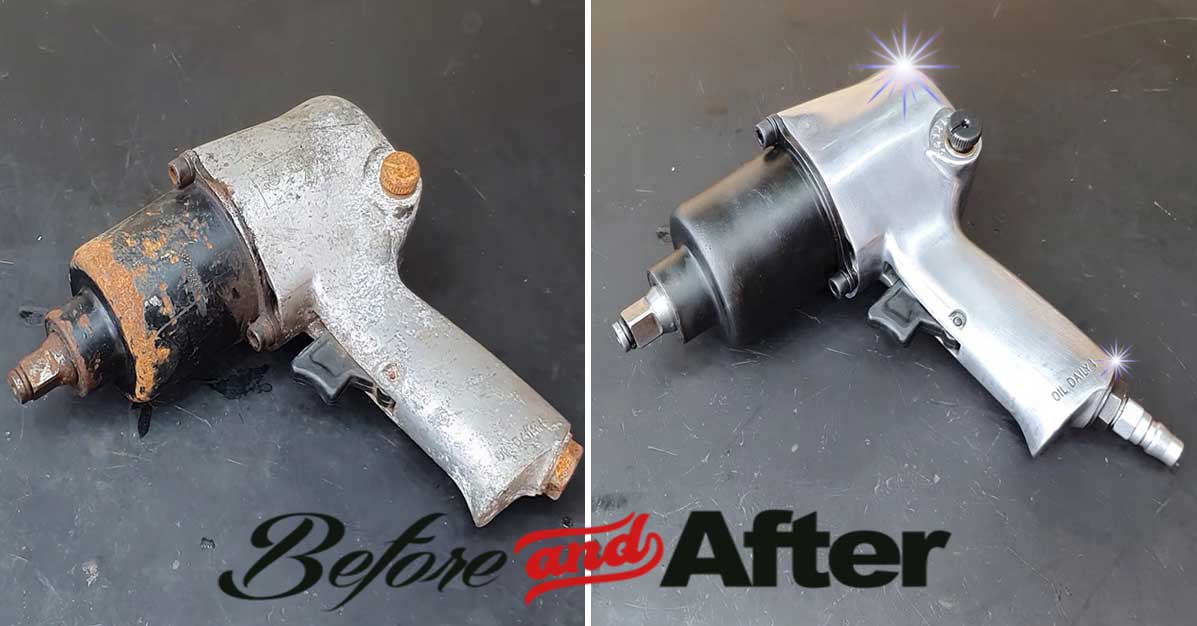 When most see a rusty old tool, they probably wouldn’t think twice about what that tool could possibly be if a little bit of elbow grease was invested in it. At the end of the day, there probably isn’t much function in restoring something like an old impact wrench. However, with projects like these, there seems to be a nice little stroke of form over function. Instead of worrying about what the end product will be worth in workability, the process is really what makes these videos come to life.

This time, we run into that previously mentioned rusty tool. This time, it’s an air impact wrench. Once upon a time, this thing probably served its purpose incredibly well. Perhaps it even works these days but to say that it has gotten ugly is a little bit of an understatement. It’s very clear that this tool has certainly gotten its use.

Instead of just throwing at the back of the toolbox or trashing it, though, RepairMan decided to do something a little bit different. In this particular project, we watch is the old-school tool that comes back to life. This isn’t simply making it work again, though. Oh no, the idea here is to do a complete restoration from top to bottom. The goal is not only to make this thing function like new but also to make it look like new as well.

For those who haven’t seen this sort of video just yet, we have to warn you because these restoration projects can end up being incredibly satisfying. Watching all of those old parts just shred the rust and get that clean new coating is something that really scratches an itch that we didn’t even know we had!

Down in the video below, we get to ride along for a journey as this old-school impact wrench comes back to life once again.