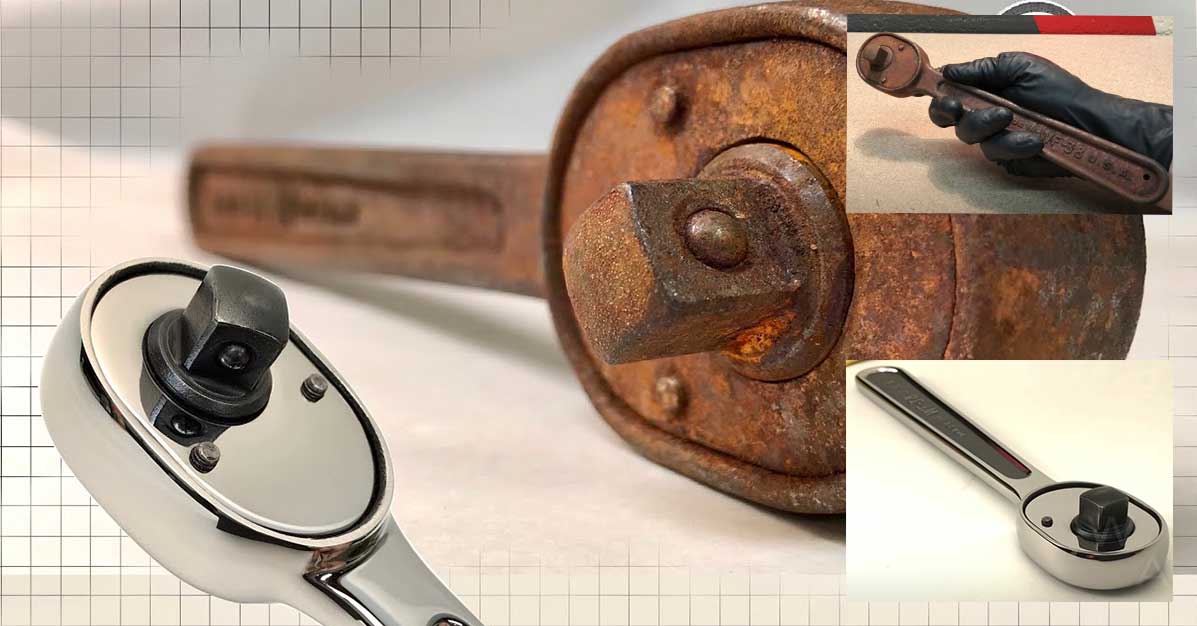 With the price and quality of a typical hand tool like a ratchet, there’s really not much function in restoring an old one. However, sometimes things aren’t necessarily all about the function and instead, take on more of an artistic façade.

This time, we check in with the creator who took a rusty old tool and brought it back to life once again. Not only did KILO RESTORATION make sure that the function of the tool was perfect. They also decided to go ahead and give this hand tool a mirror finish to really make it pop. In fact, we aren’t even sure that this thing quite looked this good when it was broken out of the original packaging let alone the fact that it’s decades old.

This video really ends up being incredibly satisfying to watch as the tool is dissected, piece by piece and reconstructed once again. In a day and age where most people would probably just throw out the old one and get something new, it’s actually kind of neat and refreshing to watch a restoration like this take place.

After the wrench is broken and freshened up a little bit inside, we watch as every single component is restored in and of itself. It sounds kind of easy but it’s not quite exactly what it would seem. This creator isn’t just dipping the wrench in a little bit of cleaner and scrubbing it up. Instead, each component is painstakingly restored to the point where it looks brand new.

Heading into the video, this isn’t something that I could’ve seen myself having the patience to watch for the entire 15 minutes. However, after the video gets going, it’s kind of hard to turn off. We might even go so far as saying that a clip like this serves as a sort of relaxation therapy. It’s just so satisfying to watch the old school hand tool come back to life again.