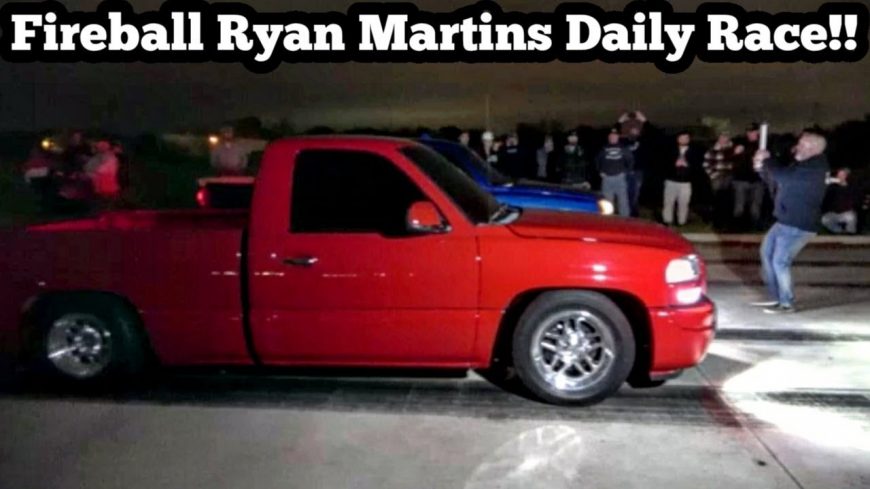 In the world of racing, one of the genres that seem to have picked up a lot of momentum is that of truck racing. When we take a look at the south in areas like Texas and the 405, it’s certainly much more popular than other areas of the country. However, we think that the world is quickly learning how awesome the pickup truck can possibly be.

With some of these daily driver type of builds, they act to serve plenty of functions. Not only can they throw down like a regular racing machine. They can also serve a variety of other practical roles as well. This can be difficult to outline the importance of unless somebody has owned a truck. Let’s just say that most pickup truck owners probably would never be able to live without one once they’ve had the functionality. Why not turn it into a racing machine to serve double duty, too?

It just so turns out that one of Our Favorite Street Outlaws actually shares that philosophy. On the show, we know Ryan Martin best for being behind the wheel of the Fireball Chevrolet Camaro. However, when it comes to driving around in the streets every day, you might just find him behind the wheel of a GMC Sierra pickup truck.

As one might expect, this truck has undergone quite a bit of modification. To make things a little bit more interesting, Martin decided to throw a bit of boost in the equation. Unlike the most conventional route to going fast, he did not elect to go with a turbo. Instead, the LS powered pickup truck has been paired with a ProCharger setup to sweeten the deal.

Below, the folks over at National No Prep Racing Association took it upon themselves to catch the truck as it hit the streets. In the first race, we get a bonus match that involves a couple of other trucks. However, at the main event, we find the late model GMC showing how it throws down.