Ryan Martin Heads Into Maple Grove NPK With a Vengeance! 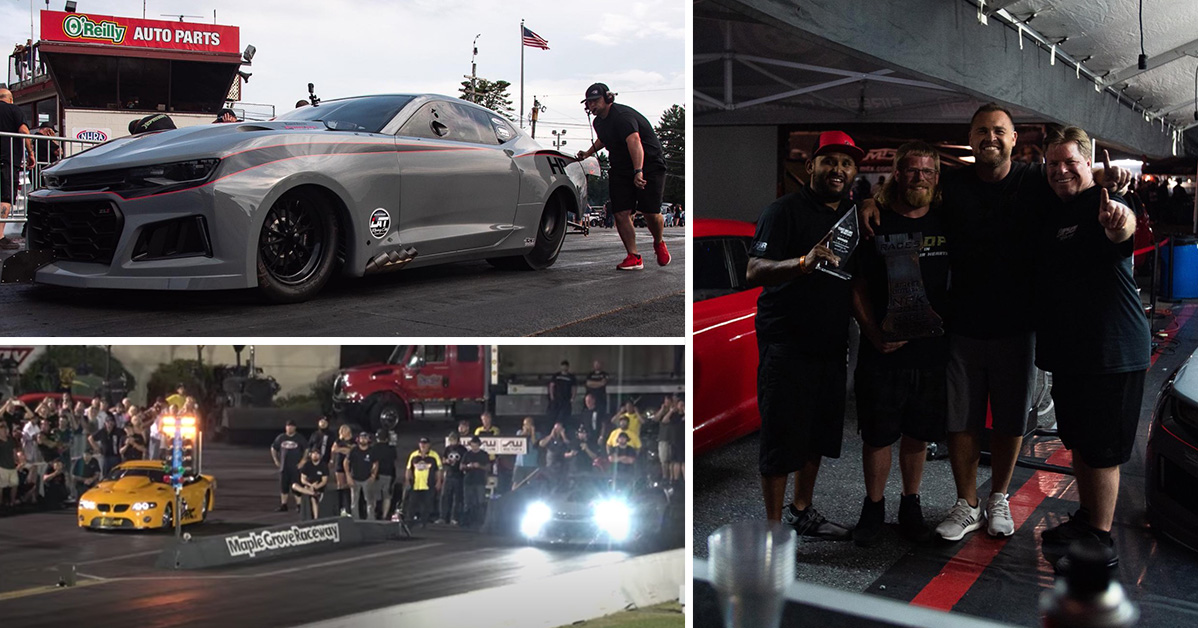 At this point, we are well into the swing of the 2021 No Prep Kings schedule. It’s at this point that the true players begin to show their colors and soar to the top of the standings.

It’s not exactly any secret that Ryan Martin is one of the front runners in said standings. Martin has rolled out a new Chevrolet Camaro especially for No Prep Kings this year and the car is rolling with a full head of steam into the post-pandemic NPK.

At a recent outing at Maple Grove, Martin would take the Fireball to the top! As of the filming of the video, Martin was tied for second in the points championship. As Martin managed to take down everybody in the big tire class to proclaim victory last year, he is a favorite for the rest of 2021 as well. The showing at Maple Grove certainly helped those odds that we might just see the same winner when the dust settles on this year’s festivities.

To sweeten the pot, each race has a $40,000 purse on the line which keeps the top dogs in the mix no matter which track we’re at or what is at stake in the points standings. It also helps to keep these races closer and more entertaining than ever. Of course, all of these drivers want to win but when we throw in the money, things get even more intense.

Down in the video below from National No Prep Racing Association, we check in with Fireball to see exactly what the latest outing was all about. It seems as if each and every time that Martin hits the street or the strip, he gets just a little bit more dominant. This outing was another piece of evidence for that sentiment as his ProCharged combo threw down with the best of them and still found a way to come out on top!