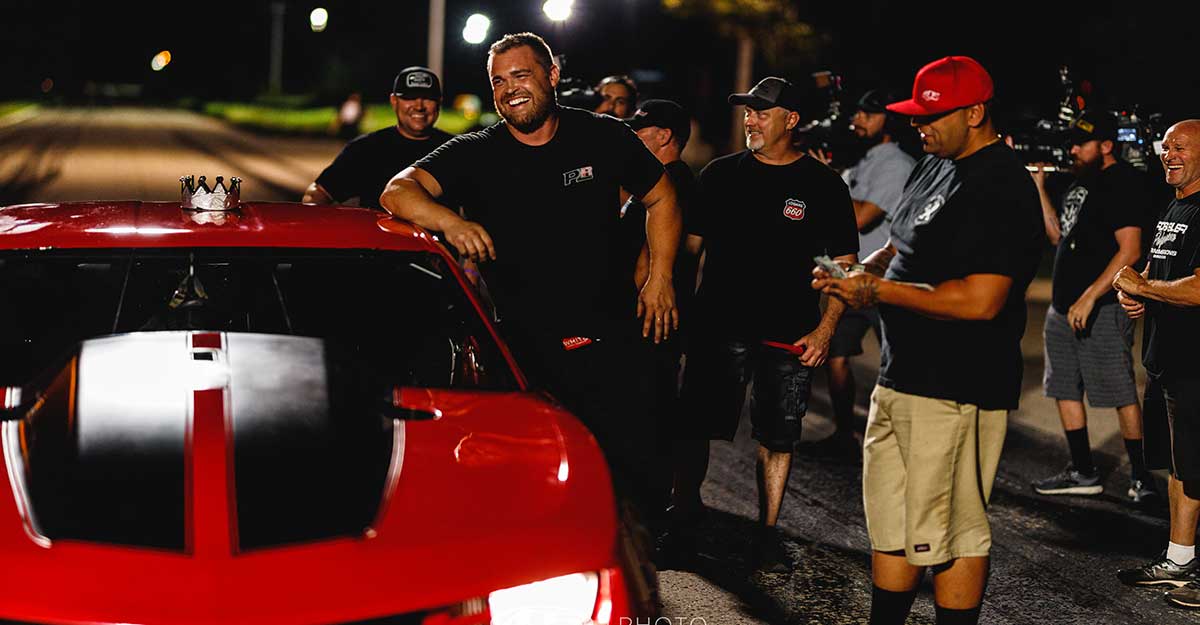 When it comes to competitors on Street Outlaws, that bright red Chevrolet Camaro is known as “Fireball” is one that is definitely to be watched out for.

Over the past couple of years, it seems like Ryan Martin, the owner of the car, has really been putting in the hours necessary to help climb up the ranks. In fact, no matter who is in the next lane over, it might not be so smart to bet against this late model Chevrolet.

*Warning – Spoilers for episode 2 ahead*

As we have seen in early episodes of the latest season of Street Outlaws, Fireball has already begun to assert its dominance on the list, overcoming the pack to move to the first overall spot to get things rolling. Moving forward, it’s no stretch of the imagination to think that Martin has emerged as a favorite to take home first place on the list. This comes on the heels of a strong victory over Daddy Dave that pushed Martin to the top spot.

This time, we dig into a video that teases Martin’s role in the upcoming season of Street Outlaws and how exactly how he has been preparing for this particular run in season 17. In this video, Martin informed us that things are just a little bit different as he is now able to have a dedicated street machine when previously, one car was pulling double duty as Fireball was on the streets and simultaneously remaining competitive on the No Prep Kings circuit.

We would think that one of the most dominant racers having the opportunity to really focus on the streets would make him a shoo-in for the victory. However, there are a heaping handful of competitors who are in the same boat of dominance.

One of the things that makes list racing interesting is that it’s constantly competitive. While, at the beginning of the season, there might be a small handful of competitors poking their heads out as favorites, those lower on the list are hungry and looking to charge their way upward whenever they get the chance. As they continue to improve their rides, it’s truly hard to tell where everything will land.

Be sure to tune in to Street Outlaws on Mondays at 8 PM ET/PT to see just how the shuffle ends up panning out for Martin and the company. Photo credit – 405 Photo