There are some cars that are very well put together. Other machines, though, almost ...

There are some cars that are very well put together. Other machines, though, almost transition into a phase that truly makes them become a work of art. Call us crazy but we would venture to say that Ryan Martin’s new Fireball Chevrolet Camaro finds its way toward that category. We’re going to be frank and say that it’s hard to stop looking at the pictures of this thing.

This week at the PRI show in Indy, the covers would be pulled off of his latest creation. Let’s just say that everything has certainly found the perfect place within this amazing build. Everywhere that we look, the fit and finish seem to be absolutely amazing and we can’t wait to see the car ripping down the racing surface of Ryan’s choosing.

On the outside, it is a pretty drastic change from the previous rendition of the Fireball. The car remains a Camaro but from there, the car has gotten a major facelift. The body style has been updated to a sixth-generation Camaro instead of the fifth generation that Martin was running before. However, there are some familiar components that we find powering the beast.

Under the hood, we find the same Proline 481x with a pair of Precision turbos that help make the power. This is controlled by a Fueltech FT600 and FT Spark, a popular choice among drivers of this caliber. The combination was put together and fine-tuned by RK Racecraft out of Cartersville, Georgia.

In the old Fireball, Martin’s certainly had an incredible level of success. With the new combo, it’s not hard to envision more of the same. With a track record like Martin’s, we would be so inclined to think this thing is going to really be a handful. Keep an eye out as the 2020 racing season comes around. Maybe the beast of a machine will even hit a racing surface near you!

Keep an eye out as the 2020 racing season comes around. Maybe the beast of a machine will even hit a racing surface near you!

Which Street Outlaws Have The Fastest Daily Drivers? They Put It To the Test To Find Out! 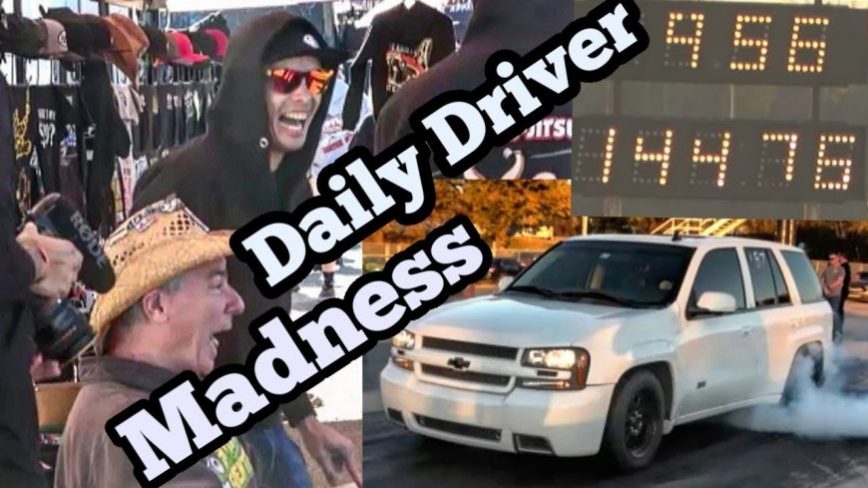