Saleen S7… Craziest Supercar That Went Under The Radar 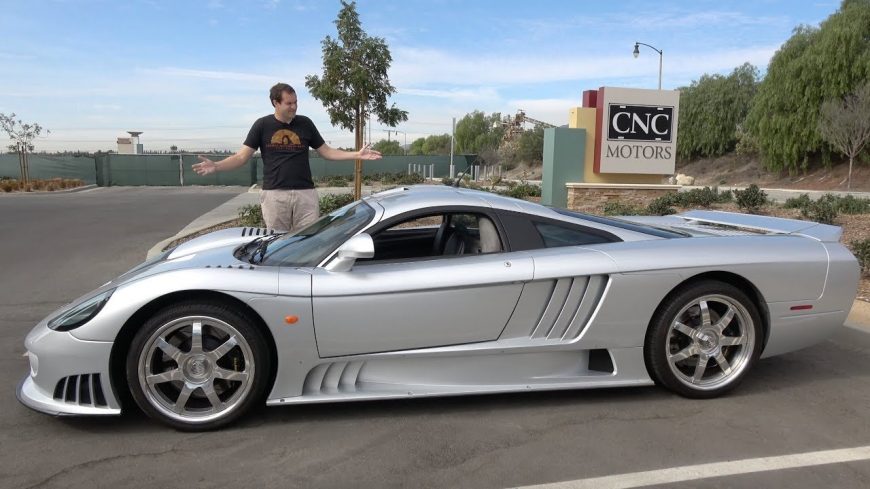 When it comes to the supercar as we know it, there are a couple of examples that most people might think of. In the vast majority of cases, perhaps a Lamborghini, Ferrari, or McLaren badge pops into the head. However, the supercar world goes far beyond that. In fact, it seems like there are so many smaller companies that produce amazing cars. Some of them really need more exposure, if you ask us! Some of these vehicles might be part of a limited run. However, that factor might make them all that much more intriguing. When finally getting to see one of these cars, it could be one of just a couple to ever exist.

This time, we get to take a look at such a car with one of the best that the automotive industry has to offer in Doug DeMuro. The company behind this one isn’t exactly small but when it comes to producing supercars, it hasn’t seen that many. We’re talking, of course, of Saleen. Yes, it’s the same company that has been known for outfitting different Ford models in order to bring them into a new higher performance bracket. With the Saleen S7, though, they wouldn’t simply make a Ford more aggressive but instead created their very own supercar.

By following along with the video below, we get to learn a little bit more about the car that is 1 of 100. Featuring 550 hp in early models through a 7L Ford v8 or 750 hp in later models, when combining the platform with a pair of turbos, this thing is an absolute rocket. We’ve even been promised that with the lower horsepower version, it can achieve speeds of 200 mph. When switching it up to the higher horsepower platform, they say that I can almost crack open a 250 mph can of worms. Oh yeah, one last fun fact is that the car can theoretically make enough downforce to drive upside down!

« Does BoostedGT Have What It Takes To Get Back On The List?