Sarcastic Reenactment Of Fast And Furious Final Scene Is A Must See! 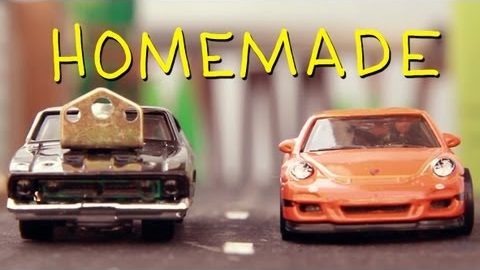 The cult film, “The Fast and the Furious” has drawn more attention than anybody could even imagine. After all, the franchise started out as something that nobody saw coming. Heck, we would be shocked if the crew even had much confidence in its success past a niche group of people. However, some of the biggest names in Hollywood and countless spin-offs and sequels later, we’re left with a worldwide phenomenon and obsession that we can’t seem to shake comes all kinds of fan art and recreations.

This time, the final scene in the movie is reenacted using nothing other than scaled die-cast cars along with a couple of homemade props and some costumes that are too goofy to be true. This one does a pretty awesome job of capturing the essence of the film, complete with mouth generated car sounds, that really put a satirical parody twist on it and make this one jump off of the screen and coming to life in the best way that we can think of! We’re not going to lie here, this had us belly laughing from start to finish as they came up with some interesting ways to set the scene.

Check out the video below as this hilarious rendition of the Toyota Supra vs Dodge Charger race comes together. We promise that you don’t want to miss this one! If you enjoyed the first movie in the Fast and Furious franchise then this one might bring back some sweet nostalgia along with a creative twist that really makes this one something different. Is this the best fan-created art that you’ve seen as a result of the Furious franchise? We’re sure that there is a ton out there to choose from as a lot of people have fallen into it as the series has brought in north of $4 billion.