Save Of The Century? Camaro Driver Crashes Multiple Times Without Hitting Anything!

Save Of The Century? Camaro Driver Crashes Multiple Times Without Hitting Anything!

When it comes to drag racing, everybody would think that racers are just looking to ...

When it comes to drag racing, everybody would think that racers are just looking to go as fast as they possibly can. While that might be true to an extent, sometimes, going faster comes with a hefty price. First and foremost, obviously, we have to consider the monetary cost. Even beyond that, though, there are certain factors to racing in this high-intensity capacity that can really put drivers through the wringer. Maintaining these cars is more of a full-time job than a hobby. To top it all off, with that much more power, there is also a higher chance that something is going to go wrong on race day. With machines that are top notch power creators, we never know when a wreck might happen.

This time, we tune into a Street Outlaws No Prep Kings race in St. Louis at Gateway Motorsports Park. During the race, we bear witness to a Chevrolet Camaro determined to go on a wild ride. During this pass, there were several times when we couldn’t help but feel like it would end with a bang. This came and we got that feeling in our guts where things started to churn a little bit. One couldn’t help but notice some nervous energy when the fourth generation car was heading toward the wall. However, the driver pulled off what some are calling the save of the year so far.

By following along with the video below, we watch as the Camaro rockets down the track, only to break loose. At this point, it starts to head straight toward the left wall. The driver is able to expertly steer the car out of harm’s way, though. However, on the other end of where he ended up steering it, there is yet another wall! The second time, we really had a feeling that the car was a goner. Luckily, well, you’re just going to have to see this one for yourself!

Long story short, it looks like both luck and quick reflexes were the catalysts to this car coming home in one piece!

Best Save of the Year???

Best Save of the Year so far??? I think this one has a chance to live up to that title. It was during the Street Outlaws No Prep Kings races in St. Louis at Gateway Motorsports park. 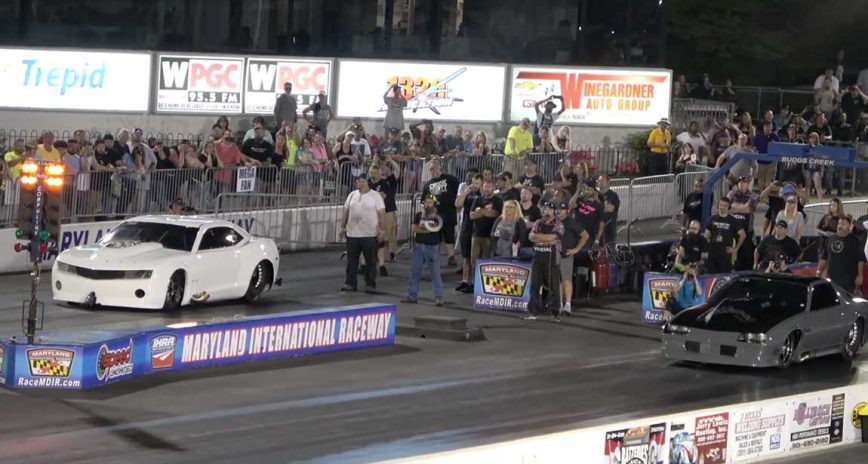