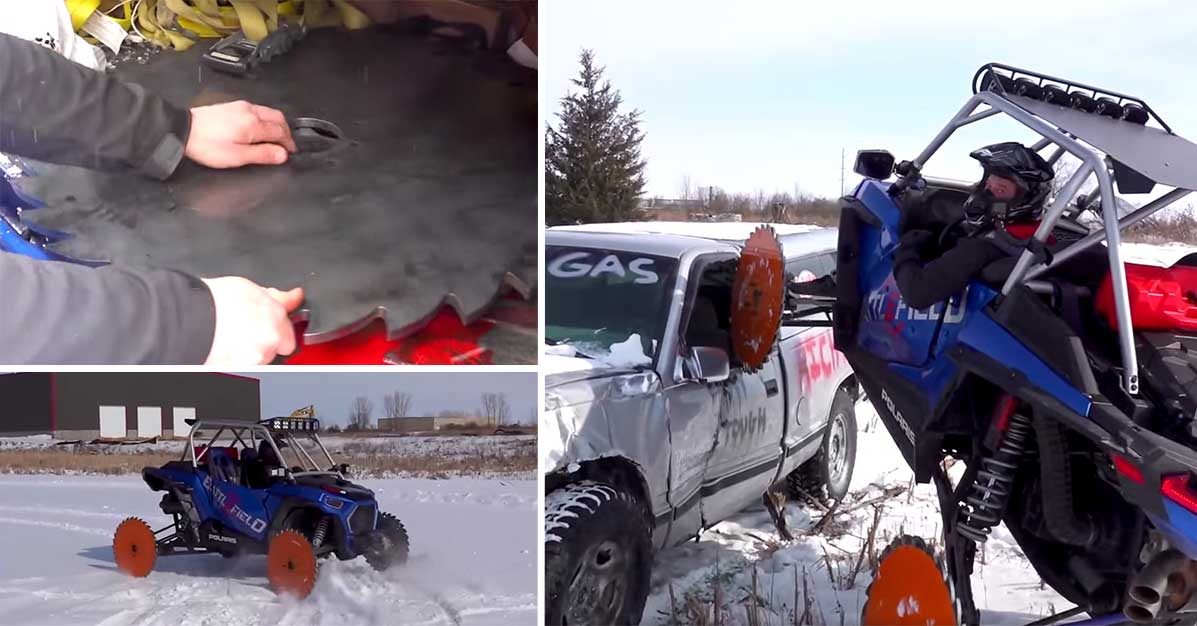 If you want to get the big job done in a hurry, why not just attach those 30-inch saw blades to your wheel hubs on a side-by-side? Seems like a great idea, right?

In fact, the only reason that we are totally in love with the fact that somebody tried this out is that it’s definitely not a great idea. Literally, the danger factor alone here has us drawn in and invested to see what exactly comes of all of the mayhem.

In the name of internet fame, people do a lot of wild things and we would presume that’s exactly what’s going on here as SxSBlog.com put this footage up that went to the edge. The idea is basically as simple as it sounds. Somehow, these guys managed to take a couple of rather large sawblades and fix them to their side-by-side and decided to go for a drive.

Along this drive, they find a couple of obstacles, one of which includes a junk vehicle that apparently they’re going to try and shred with these blade wheels. It doesn’t seem to be the most efficient way of getting things done but we would definitely wager a guess that it’s probably the most fun way of accomplishing such a goal even if that goal doesn’t actually end up getting accomplished.

Down in the video below, you can watch this idea come to life for yourself. This is definitely one that we probably would recommend not trying at home. However, watching somebody else try and carry it out definitely had us laughing a little bit as the footage provides a great time from this side of the screen as we watch in complete awe.

The only question we leave this one asking is “What will they think of next?”