Scion xB Chopped and Turned Into a Mini Truck 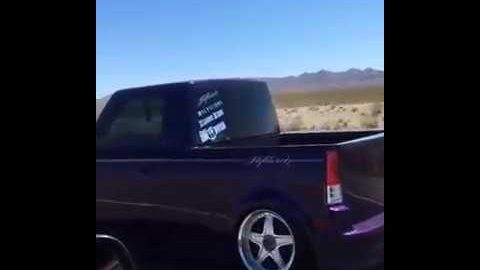 The best part about the world of automotive customization is one that just about anybody who happens to be interested in vehicles can play along in whether it be by bolting on a couple of aftermarket parts or being like the owner of this Scion xB and going completely overboard!

You see, for this enthusiast, simply modifying their SUV with a couple basic parts wouldn’t be enough so they decided to go to an all new level, breaking out the saw and doing a little bit of custom work that would transform the small SUV into a mini truck and the best part of the build is that it all looks like a factory finish!

It takes some guts to start chopping things up like this but it’s clear that the person behind this machine had a vision and they went into it head first. Fortunately, it looks like they had a good idea of what they were doing because the result isn’t bad at all.

Check out the video down below that will outline this one-of-a-kind Scion that could really steal the show. What do you think of the way that this old SUV was converted? One thing is for sure – the finished product is one that will most definitely get people talking.

« Murder Nova Tire Shake Mayhem! Before He Worked The Kinks Out!