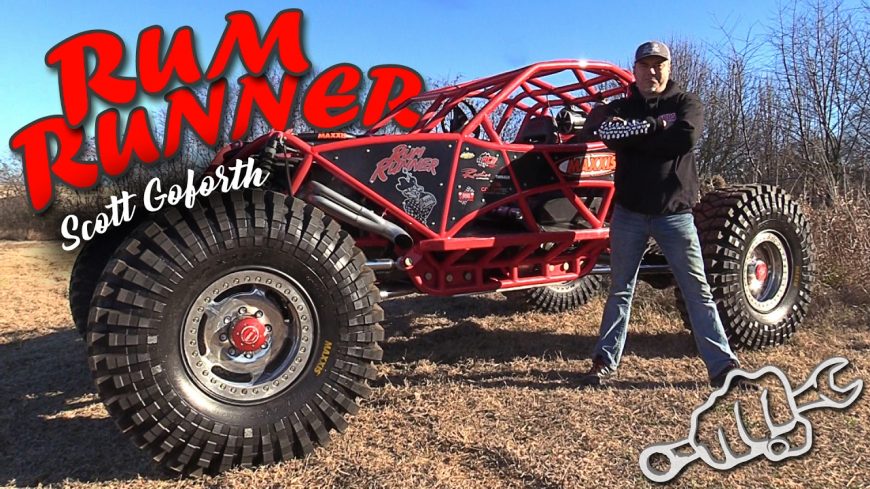 Busted Knuckle Films is back with their latest SRRS Driver Profile, where they say down with Scott Goforth, driver of the Rum Runner!

Scott, who hails from Kodak, TN, has big plans for the upcoming season, planning on putting together a run at the Top 10. The Rum Runner, powered by a wicked 408 stroker LS engine and riding on 42″ Sticky Maxxis Treps, is more than capable of running with the best in the nation, and as Scott gets more comfortable behind the wheel, he should start showing up on podiums.

The Southern Rock Racing Series schedule for 2017 has been released, so check it to find an event near you so you can go out and check out the action live!

« This Might Be The Sketchiest Motorcyce Loop We Have Ever Seen!