Scramjet The Engine That Will Take Humanity Beyond Mach 10

Scramjet The Engine That Will Take Humanity Beyond Mach 10

The thought of traveling at speeds of 6,000+ MPH may seem farfetched to many, but ...

The thought of traveling at speeds of 6,000+ MPH may seem farfetched to many, but keep in mind that at during points in our fairly history, self-powered carriages and humans taking to the skies also seemed farfetched to everybody except those working to bring those ideas to life.

The most obvious uses for these scramjet engines are of military origin, such as having missiles and bombers capable of speeds far exceeding those currently in production. The technology could also be sued to deliver astronauts to the space station like we used to do with the Space Shuttle.

However, as is the case with nearly all military technology, the benefits would certainly trickle down to the consumer market, with the obvious use being hyper-fast commercial aircraft. At nearly 5,000 MPH, a commercial jet could fly from New York to LA in about a half hour, which is admittedly almost impossible to even comprehend. Can you imagine taking off from Laguardia airport in New York and landing at LAX in the time it takes to watch one Seinfeld rerun?! 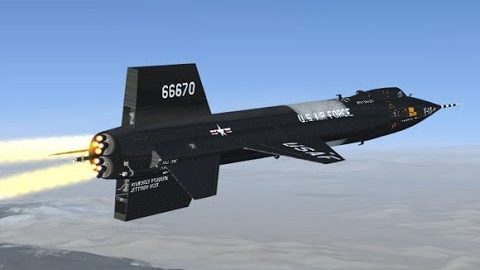