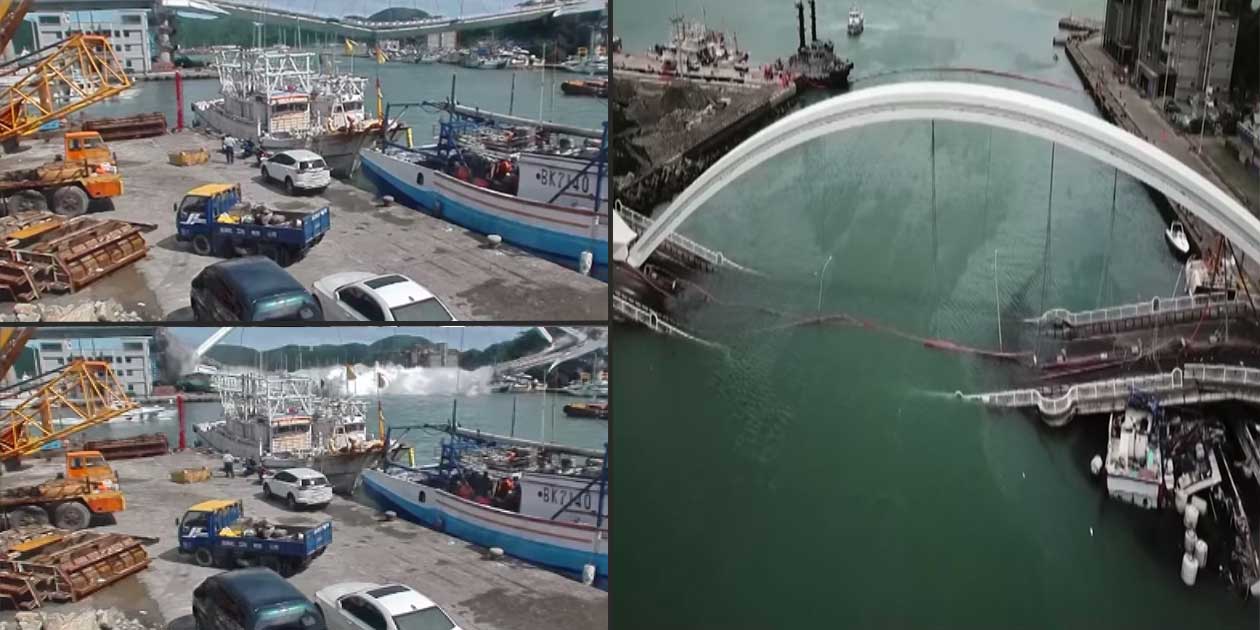 A bridge in Taiwan collapsed yesterday, wreaking havoc as a group of people couldn’t escape. During the collapse, an oil tanker truck would fall onto boats in the water below the bridge. It is believed that there was a fire started by the oil tanker as well. Thankfully, the fire would be contained to one vehicle as to not escalate the situation even further.

The incident would come following a typhoon that had swept over the area. While the bad weather had cleared, apparently, the bridge may have been affected by its force. As such, it would swiftly fall to the river below. Taiwan is certainly no stranger to this sort of weather. According to the Central Weather Bureau, an average of three or so per year happen to make landfall or just miss land in the area. As many as seven in one year have been reported.

In the wake of the incident, six people were believed to had been trapped on a fishing boat below the bridge. Five people, in total, were believed to have been on top of the bridge when it collapsed. As far as the tally sits right now, ten in total were sent to the hospital. Six of those ten were reported to have serious injuries. Via the last update, crews are still searching for more who may have been involved.

Via CBS 8 San Diego, “Nanfangao Bridge is a tourist attraction in Yilan. It was opened in 1998 and was built to replace a lower bridge that prevented large fishing vessels from passing underneath.”

The latest update would have soldiers enlisted in order to help potentially find any more victims. An emergency center was set up nearby to help run the operation. Hopefully, no casualties come about as a result. However, the investigation is currently ongoing.