Security Guard Drives Off With Boot On Car! 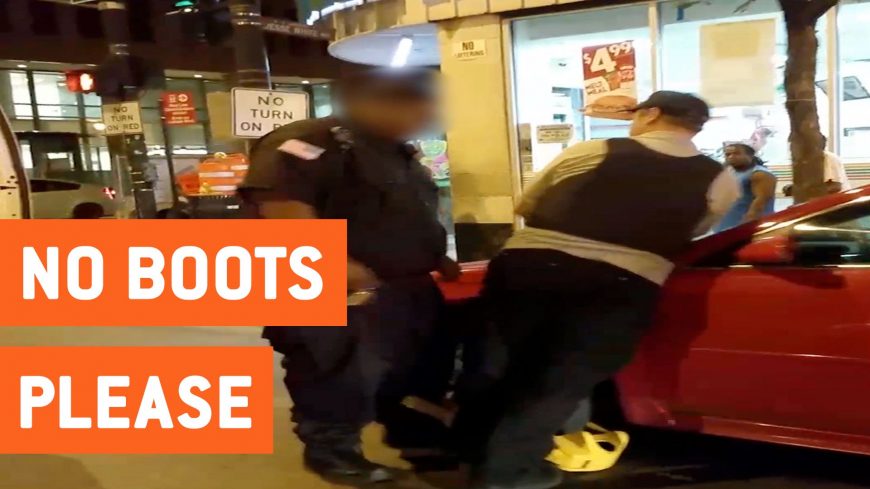 They are only doing what they’re paid to do, but parking enforcement officers are quite literally hated by most of society. They drive around looking for parking violators and issue tickets, and when they run up on a car that has multiple unpaid tickets, they put a locking device known as a boot on the tire so the car cannot be driven. Once a car is booted, a tow truck is called and the vehicle is impounded, leading to even more fines for the driver.

Knowing what was about to happen, this security guard attempted to stop the parking enforcement officer from booting his car, both verbally and physically trying to halt the process and keep his car from eventually being impounded. However, the officer was successful in clamping the lock into the car’s front wheel, so the security guard decided to take matters into his own hands and drive the car away, despite the obvious problems that is going to cause with a giant metal lock on one of the wheels. As one would expect, the car doesn’t get far at all before grinding to a halt with a flattened front tire. While most of us would have given up at that point, the security guard seems hell-bent on at least leaving the scene, so he continues on down the busy city street.

We have no idea what the fine is for driving away with a boot on your car, but its likely pretty steep, especially if he damaged the boot itself. As ironic as it may seem, this guy likely only cost himself a lot more money, because he probably didn’t get too far down the street before his car crapped out on him, meaning he will not only have added fines and fees, he’ll probably have to pay a couple of grand to have his car fixed too.

At this point, it may be cheaper for him to just let the car stay at the impound and walk to work.