Turning a See Through Wankel Rotary Engine to 29,000 RPM 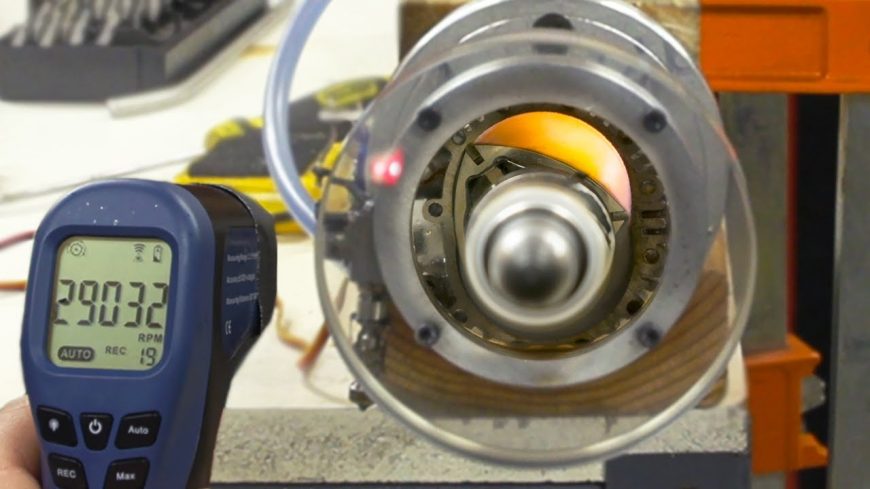 As we interact with all sorts of engines, we can rarely see what’s going on inside of them. Sure, we can definitely visualize it. For those who work on engines, they probably have a good idea of how the different components are interacting to create power. When an engine is fired up and running, though, there’s no visual that goes alongside the action.

Luckily, there are all sorts of different people out there with a little bit of skill and a lot of creativity. Some of these creative folks have put together things like see-through engines. On the Warped Perception YouTube channel, we have seen a couple of them come to life. This time, we watch the phenomenon yet again in a little bit different of a format.

The engine combination in question this time is not other than a Wankel Rotary engine. Unlike traditional engines, rotaries don’t have any pistons. Instead, they have a single rotor, or more, depending on the application, that spins around and creates power. In theory, many will attest that the concept presents an amazing design. The rotary never really caught on in mainstream motoring, though, because of its tough-to-execute fundamentals.

So what does such an engine look like when we take a peek inside? With a clear cover and a plan, this time, we get to see such a concept come to life. The cool thing about this demonstration is that the rotary engine isn’t only fired up and run. Instead, it is pushed to the limits and really cranking out some rotations.

With the video below, we watch as the engine is cranked up to max RPM. This means that we’re going to get to watch the internals as 29,000 RPM of awesome is brought to life. Will it end well? Only one way to find out!