SEMI Trailer Collapses and Splits in Half… How Did That Happen? 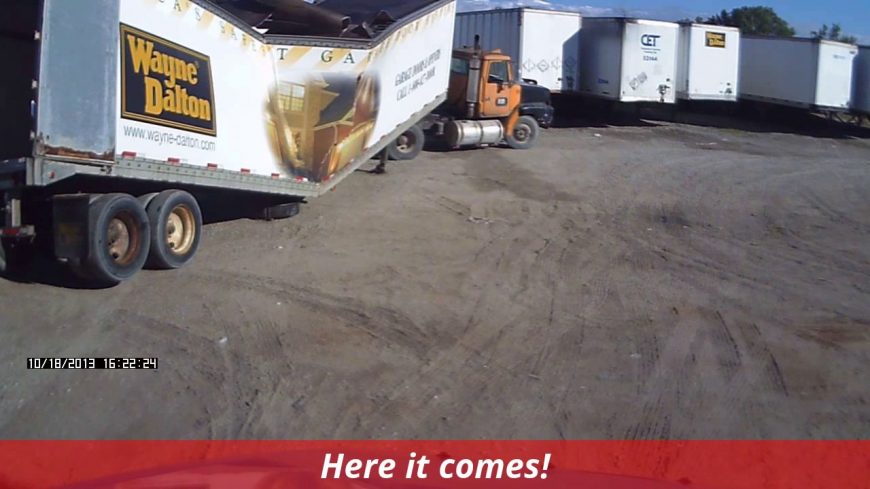 If you work the trucking industry, you probably have to worry a lot about weight and the distribution of that weight. If you should just so happen to have your rig to be overweight, you might just run into some issues. In this one, it appears as if the weight in the back of this truck was potentially concentrated in the wrong area, meaning that when this truck driver moved out, that the trailer would fold in on itself and it create quite an interesting scene, to say the least, as this driver probably never saw that one coming.

A couple of people who were witnessing the entire ordeal while talking on their CB radios really didn’t know what to think as the truck made a turn and seemed to fold in on itself. There’s really no telling what could happen on a regular basis with some of these trucks but this one definitely has to be one that they don’t see every day. If you want to talk about a rough way to get the day started, then look no further because this driver is certainly about to have their hands full when it comes to cleaning up the mess that was left behind by this unfortunate accident that derailed the whole operation.

Check out the video down below that somehow caught the incident when this trailer simply could provide stability no longer and folded in on itself! After checking this one out for yourself, be sure to tell us what you think of the incident as it all went down right in front of the cameras. It’s not clear to us if there’s any logical reason why this happened or if the trailer was just a little bit tired and wanted to call it quits as it was ready to be replaced by a newer piece of equipment.