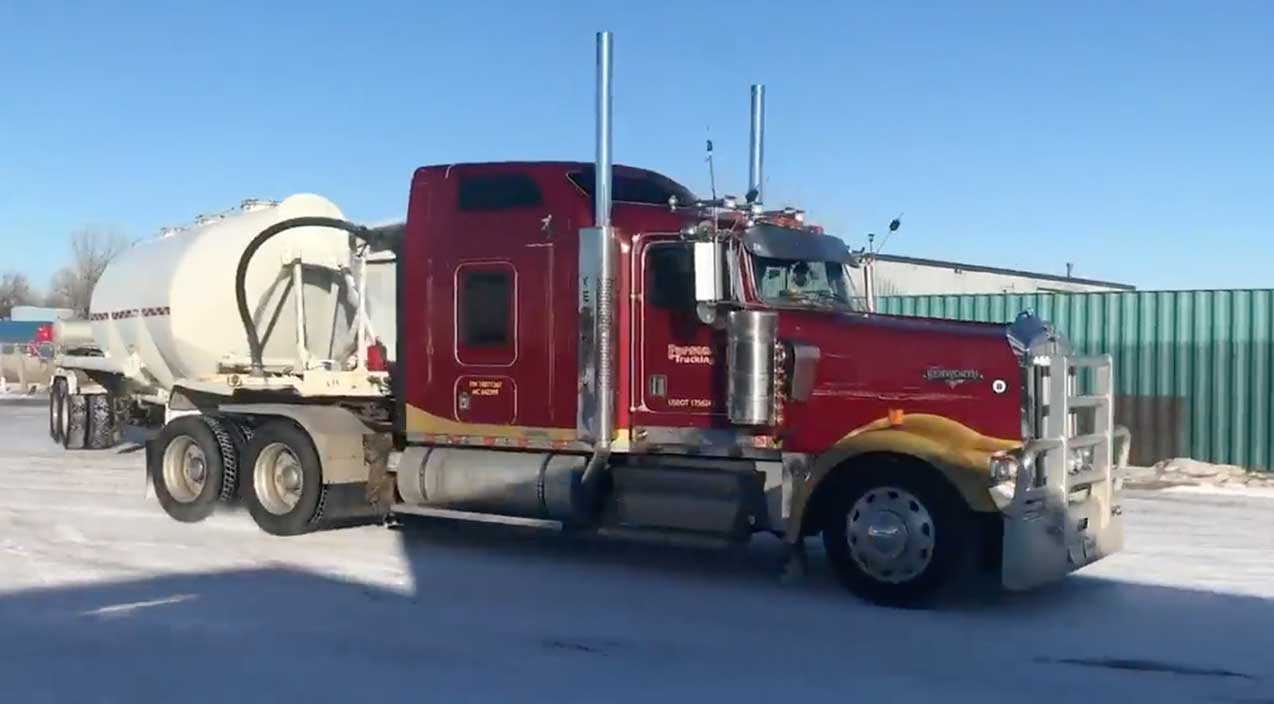 Just like with anything else, when it comes to driving any sort of oversized truck, there are certainly skill levels to it. Someone just embarking on their career on day one isn’t going to be able to back up their trailer as confidently as a driver who has been doing it for years. Even beyond that, as drivers gain experience, they’ll be able to pick up upon more and more complex maneuvers until they can sling their trucks around almost like it’s second nature. All those long hours on the road certainly accumulate in such a way as to make some individuals experts once they’ve built up a nice little repertoire of talents.

This time, though, we join in with a little bit of fun that we aren’t sure too many semi truck drivers would partake in, even if they did have the talent to back it all up. After a little bit of snow, as with many other folks, this truck driver decided that he wanted to have a little bit of fun. Normally, when you see a car snow drifting it will be just that, a car. Normally, you don’t see commercial vehicles taking part in this kind of fun but in this one, we get to see a sideways throwdown with a twist that will certainly boggle the mind.

In this one, you need to watch closely or you might miss something as this tractor-trailer driver, wielding truck, trailer and all, decides the throw his rig sideways in a little bit of snow. It seems as if the surface beneath is forgiving, allowing the truck and trailer combination to slide and the driver really seems to have it all under control. This individual has to have a lot of experience behind the wheel, otherwise, I don’t think that they would have the courage to try and pull this off! Trying out something like what we see here has to either take a really stupid individual or someone who is confident in what they can do behind the wheel.

We will go ahead and assume that this driver falls into the latter.

Something tells me this isn't the safest thing to do..

« Turning a Miata Into the Ultimate Off-Road Machine