Do Shady Mechanics Try To Rip Off Women More? Undercover Reporter Finds Out 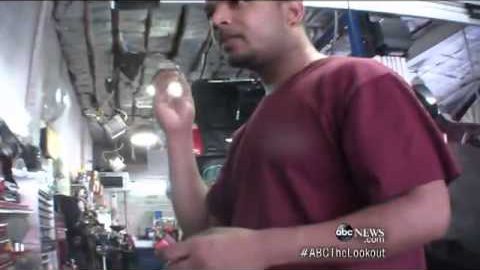 No matter what industry we look at, if there’s an opportunity for somebody to be able to screw another person over, there’s probably going to be somebody out there trying to do it. What we’re trying to get at is that the automotive repair industry isn’t necessarily entirely bad nor is it the only one where a consumer has to watch their back. However, it would be smart to go into transactions within automotive repair armed with a little bit of knowledge. Otherwise, it could be incredibly easy to get taken for a ride.

This is kind of a paradox because the whole purpose of taking a vehicle in to get worked on by a mechanic, sometimes, is that customers have to rely on said mechanic for this knowledge. Not everybody knows how to do auto repair and any mechanic knows that, even the ones with ill intent. When a mechanic who isn’t exactly trustworthy catches wind of a lack of knowledge, though, the uninformed can prepare to be taken for a ride. In this demonstration, we find that the intensity of that ride might even be determined by the customer’s gender. Taking a look at this experiment is actually rather sickening if you ask us.

The video below brings in a trained mechanic and a collection of cameras to see what exactly is happening as a couple of underhanded shops look to pull a fast one. When eventually called out on their nonsense, the answers that they provide really just makes us all that much more furious. It’s pretty crazy how these people can sleep at night knowing that they charge customers for a job that they never even planned on doing in the first place. Hopefully, this investigation provided a wakeup call for either the shops or their potential victims.