When we take a look toward Hollywood, there are celebrities that might be fan ...

When we take a look toward Hollywood, there are celebrities that might be fan favorites but there are very few who have transcended into just about every household in America. One name that we’re pretty confident the vast majority of people are going to know about is Shaquille O’Neil. “Shaq” has become one of the most transcendent basketball players in all of history thanks to his run for the Los Angeles Lakers. His personality has supported his career after basketball as well as he’s made his way to a variety of television shows. Therefore, his wealth has done nothing but climb.

So after building up all this wealth, what can somebody possibly do with it? Having too much money might be a good problem to have but we would think that he might run out of things to buy. As it turns out, though, Shaq has quite a sweet tooth for a nice car. In this one, we’re able to take a dive into his car collection that ends up being quite diverse. For someone who is estimated to be worth hundreds of millions, that might not come as a shock to many.

By following along with the video below, we get to see some of the fun things that the basketball all-star has decided to spend his money on. It seems like he has everything from Jeeps and big luxury vehicles all the way to different types of trucks. There’s even a couple of classics in like a Lincoln Continental to provide a cherry on top. He even has a Smart Car!

Most of these vehicles need a little bit of modification because even the biggest have trouble supporting his 7’1″ frame. This is where West Coast Customs usually comes into the mix. Sometimes, they throw a little custom work in Shaq’s direction, too. After checking this one out, be sure to tell us which member of the collection is your favorite. We’re sure that the inventory here is going to change out every couple of months so be sure to keep an eye out for the big man. 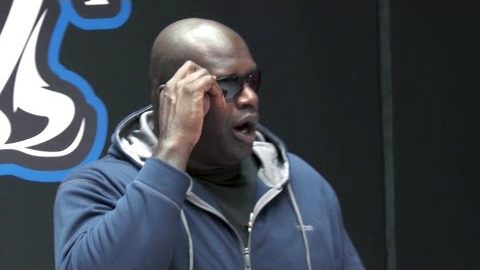